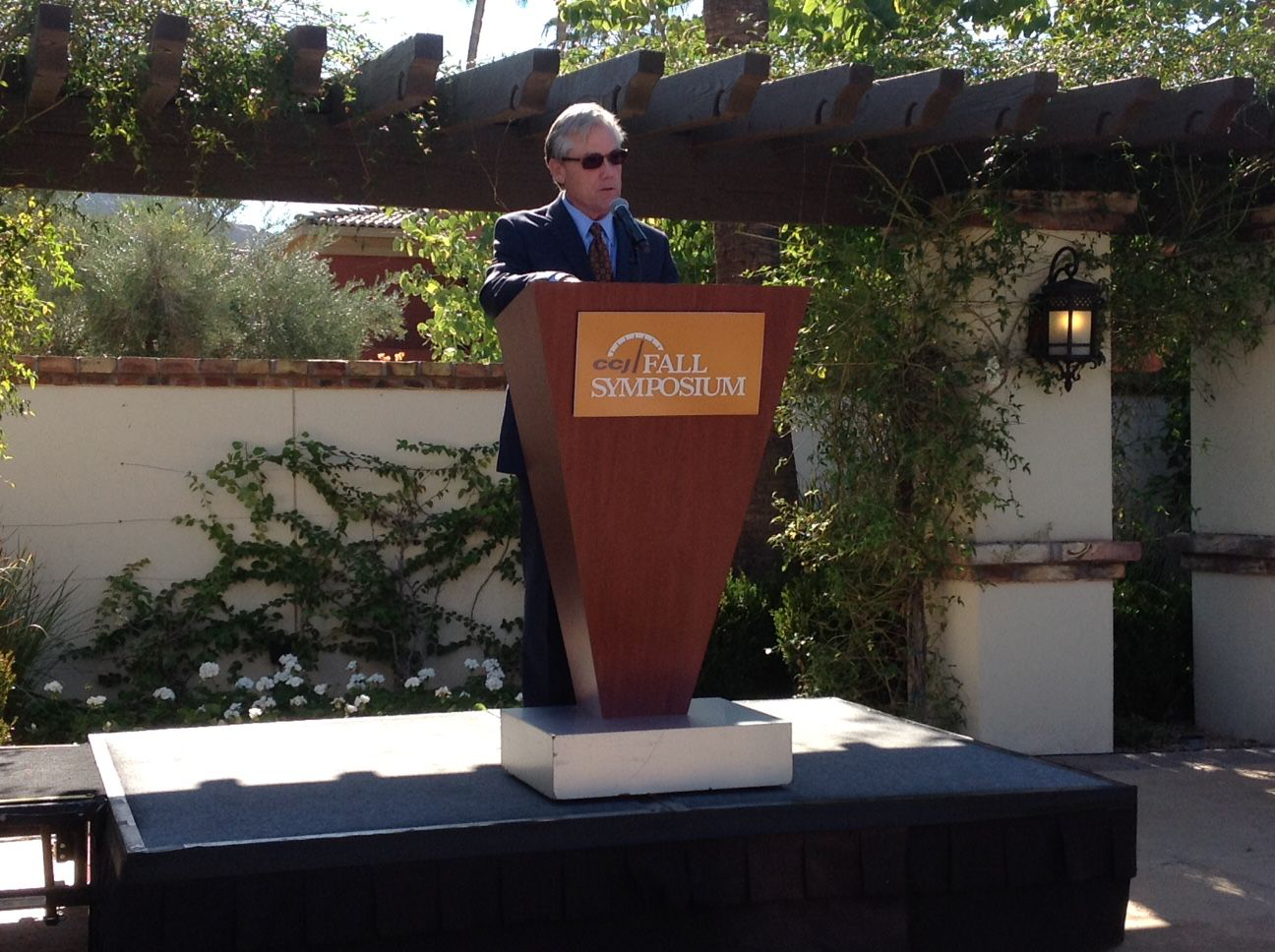 The top priority for the new chairman of the American Trucking Associations is getting a highway bill “across the goal line.”

Patrick Thomas took over as chairman last month and laid out his agenda for 2015-16 during a luncheon at the CCJ Fall Symposium in Scottsdale, Ariz., on Nov. 17.

Outside of ATA, Thomas is the senior vice president of state government affairs for UPS (CCJ Top 250, No. 1) where he oversees all state legislative, regulatory and political activities.

Thomas’ career at UPS began as a seasonal delivery driver in 1985. In 1998, UPS promoted him to manage its Public Affairs office. He worked on legislative issues at the state level, he said, to avoid a potential conflict of interest at the national level since his late father, Craig Thomas, served as a senator, R-Wyoming, from 1995 to 2007.

He used his speech at the CCJ Symposium to review the items ATA is advocating for in a new, long-term highway bill. On Monday, Nov., 16, the U.S. House passed a bill that extends federal highway funding to Dec. 4, which is the 36th time that a short-term bill has been passed since 2005 and the fifth since the expiration of MAP-21 in May 2014.

Thomas says he believes lawmakers will meet its Dec. 4 deadline this time, however, and pass a long-term bill instead of another short-term extension.

Thomas also reviewed ATA’s priorities for contents of the bill. First is a “robust, sustainable funding source.” Ideally that source would be increased fuel taxes, but “we just can’t get the folks in Washington to listen to us and take it seriously,” he said. “I guess ‘read my lips, no new taxes’ hasn’t been erased from their memory yet. Frankly, that fuel tax increase is just not going to happen.”

Lowering the minimum age for a CDL is another priority. “I do know there are 19-year olds that are very capable of doing that job, and ought to be given a chance,” he said.

Getting language in the bill to improve the Compliance, Safety, Accountability program is part of ATA’s agenda as well. A safety rating mechanism for carriers is needed, he said, but “we ought to have a system that works.” Until the problems are fixed, ATA believes CSA scores should not be visible to the public.

Language allowing alternative drug testing methods like hair follicles should also be included, Thomas continued, and the ATA wants a $4.5 billion earmark in the House version of the bill to stay put so that the “freight plan” projects originally in MAP-21 can be funded.

ATA wants to remove language in the bill that allows for new tolling on existing federal interstate highways and add language that clarifies federal preemption of state laws for interstate commerce, most notably California’s meal and rest break law.

Finally, the group wants a permanent fix to the industry’s 34-hour restart problem and a provision that permits use of twin 33-foot trailers.

“There are a lot of things in motion,” he said. “I think we are fairly confident that we will be happy when the whole thing is over.”

Click here to see all of CCJ’s coverage from the 2015 Fall Symposium. 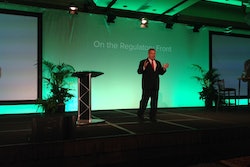