Government-backed renewable diesel continues to gain market share while compounding a conventional diesel shortage around the rest of the nation, according to fuel experts.

Renewable diesel and biodiesel climbed to a 21% share of all diesel fuel sold in California in 2020, according to a recent report from the California Air Resources Board. Both fuels accounted for 44% of the state’s Low Carbon Fuel Standard (LCFS) credits in 2020.

Credits acquired by renewable fuel producers and fleets using those fuels are sold to other entities required by the state to offset their emissions. It’s big business with more than 25 million LCFS credits transacted in 2021 – a value of $4.7 billion, according to Pacific Gas & Electric.

Heavy-duty trucking is one of the most difficult segments to decarbonize, leading lawmakers to require and incentivize the production and use of renewable diesel and biodiesel. Switching to these conventional diesel replacements not only leads to beneficial California’s LCFS credits but also provides credits from the federal government’s Renewable Fuel Standard program called Renewable Identification Numbers or RINs.

The biofuel industry got additional help last December from the Department of Agriculture, which set aside $800 million for biofuel producers and supporting infrastructure. Also, the Inflation Reduction Act enacted in August extended the $1 per gallon blenders tax credit to the end of 2024 for both biodiesel and renewable diesel.

With government regulations, subsidies and pressure from investment groups on companies to pursue environmental, social and governance (ESG) goals, market share for diesel replacements is expected to grow, particularly for renewable diesel, which unlike biodiesel isn’t capped at a 20% mix rate with conventional diesel and can be used without blending.

The ability to completely replace petroleum-based diesel without blending leads to greater greenhouse gas reduction, which adds up to greater LCFS and RIN credits. When it comes to current LCFS credit generation in California, renewable diesel easily beats out all other fuels, including ethanol and biodiesel.

Phillips 66 is on track to have the world’s largest renewable diesel refinery in 2024 following the complete conversion of its San Francisco Refinery in Rodeo, California. Phillips reported in September that the plant was producing 9,000 barrels per day of renewable diesel to supply more than 600 76 stations in the state. Once the plant is fully converted, renewable diesel output is expected to climb to 52,000 barrels a day, making the plant the most productive of its kind in the world, according to the Energy Information Agency (EIA).

Profitable but not productive

Fuel industry analysts say an expanding, government-backed green diesel market is ill-timed as the EIA reports conventional diesel supplies sinking to their lowest level in the U.S. since 2008, while the national average for diesel rises well above $5 a gallon according to AAA.

When a refinery switches to renewable diesel production, sourced from plant and animal matter, their fuel output drops well below their petroleum-based diesel output. Production numbers posted by the EIA, CARB, the California Energy Commission and energy companies themselves bear this out.

According to the CEC, Phillips’ San Francisco refinery can process up to 120,200 barrels of crude a day, which adds up to 1.36 billion gallons of diesel and gasoline per year.

Once its San Francisco refinery is fully converted in 2024, Phillips expects to produce 800 million gallons a year of renewable fuels, including renewable diesel, renewable gasoline and sustainable aviation fuel – a 52% decrease in production from its petroleum-based capacity. Other fuel companies are also converting refineries to renewable diesel, which doesn’t bode well for the conventional diesel market.

“Renewable diesel has steered conventional refining capacity away and has probably exacerbated the situation we're in with expensive diesel,” said Patrick De Haan, head of petroleum analysis at Gas Buddy.

“I think the government's timing was challenging and they're incentivizing renewable diesel so hard that refineries that had been producing traditional, non-bio diesel, a lot of them during the pandemic said, ‘Hey, there's a huge incentive for us to do this,’” Da Haan continued. “And guess what? Now diesel prices have skyrocketed partially because that refining capacity, or some of that refining capacity, has been converted to renewable diesel and the throughput is much lower. It's maybe 10% or 15% of a normal refinery. So renewable diesel is partially behind why we are here now.”

Tom Kloza, the global head of energy analysis at Oil Price Information Service, pointed out how an ongoing drop in the number of refinery plants, coupled with increased pressure from ESG goals, has energy companies shifting to highly incentivized renewables.

According to the EIA, the number of operable refineries in the U.S. spanning the last three decades dropped nearly 80%, from 301 plants in 1982 to 130 in 2022. The last five years has seen nine plants shuttered.

“There's plenty of global refining capacity, but it's all in China so we can't deal with that,” Kloza said. “But in any case, the United States saw a number of refineries either closed or reconfigured to make things like renewable diesel and sustainable aviation fuel, or even renewable naphtha (an emissions cutting additive for ethanol and gasoline). So there probably was a little bit of a rush to judgment on ESG where some things might have had a very profitable sunset.”

No state in the U.S. consumes more diesel than California; home to the nation’s busiest ports where trucks and trains come and go to transport goods to consumers across the country.

Diesel bills too run high in the Golden State, where fossil fuels are taxed more than in other states. But fleets can often trim those bills with renewable diesel, which is typically less expensive than conventional diesel and offers more impressive performance characteristics.

Propel Diesel HPR, which is sold at stations throughout the state, was selling for $5.99 a gallon near Long Beach on Sunday. The average price for conventional diesel in Long Beach on that same day was $6.31, according to AAA. Other Propel stations also sell Diesel HPR at prices below traditional diesel.

Propel further states that, compared to petroleum-based diesel, Diesel HPR reduces greenhouse gas emissions 40% to 80% while cutting NOx up to 14% and particulate matter by 29%. The fuel also produces no odor. Other renewable diesel producers have made similar claims.

Subsidy-rich California is currently king of renewable diesel. According to the Department of Energy, “nearly all domestically produced and imported renewable diesel is used in California due to economic benefits under the Low Carbon Fuel Standard.”

Renewable diesel use is expected to increase in Oregon and Washington State where both states have adopted clean fuel programs.

However, feedstock sources for renewable diesel are used by other industries, creating greater competition and prices for these materials. For instance, soybean oil, which is used by renewable diesel producers, is also used in breads, mayonnaise, margarine and other popular food products. Some environmentalists are also expressing concern over increased land clearing for soy bean and palm oil production, which they say leads to additional greenhouse gas emissions, according to npr.org.

Nonetheless, renewable diesel production is expected to swell with most of its customers eagerly lining up in California. 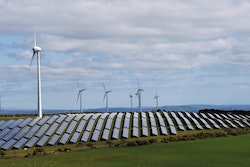 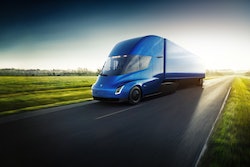 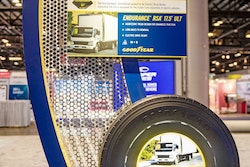 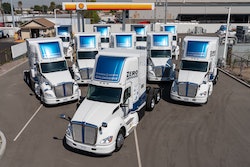 Hydrogen partnerships springing up across the U.S. could accelerate fuel cell adoption