In advance of Wednesday’s hearing on hours of service before the House Oversight and Government Reform Committee’s Subcommittee on Regulatory Affairs, the American Trucking Associations on Tuesday, Nov. 29, questioned the aims of groups pressing the federal government to dismantle what it deems a successful regulation.

“Since the Federal Motor Carrier Safety Administration first revised the hours-of-service rules in 2004, a coalition of advocacy groups and organized labor, abetted by their political allies, have tried through lobbying and litigation to undo what has proven to be a successful regulation,” said Bill Graves, ATA president and chief executive officer. “Since these rules went into effect, fatal crashes involving large trucks are down 32 percent, even as truck miles traveled have increased. These rules are working, so we have to ask – what part of success troubles these groups?”

The White House Office of Management and Budget is still reviewing the final rule for truck drivers’ hours of service after receiving the rule from the U.S. Department of Transportation on Nov. 1. FMCSA said in a court filing on Monday, Nov. 28, that it expects to issue the final rule within the next 30 days.

U.S. consumers would pay higher food prices if the proposed changes become law, testified Glen Keysaw, executive director of transportation and logistics of Associated Food Stores Inc., a retail cooperative based in Salt Lake City. “This industry operates on a razor-thin margin,” said Keysaw, adding that food stores would pay 3 percent more for shipping. “Any increase in operating costs will have to be passed on to customers in the form of higher prices.”

House Speaker John Boehner (R-Ohio) and other lawmakers have asked the White House to keep the 11-hour daily limit, citing the higher cost of a shorter driving day. The changes would cost the trucking industry about $1 billion, according to a DOT estimate.

Ed Nagle, CEO of Toledo, Ohio-based Nagle Companies, testified that the revised rule would cut the refrigerated carrier’s ability to generate revenues by 17 percent. “For every truck, we need to generate $4,500 per week plus fuel to meet fixed overhead,” Nagle said.

Consumer advocates and victims of trucking accidents said lawmakers must focus on saving lives and creating jobs, but Graves said critics of the current rule are attempting to use the country’s current weak economy as a wedge, “arguing for this rule simply because it will reduce productivity and create driving jobs. What this rule will do, if enacted as proposed, is force fleets to put even more trucks on the road, which elevates the risk of a crash. ATA will not support rules that create more exposure to crashes for professional drivers or for the motoring public.”

ATA estimates that if enacted, the new hours-of-service rules will reduce productivity by a minimum of 5 percent, which artificially would create a need for at least 115,000 additional trucks to haul the nation’s freight. These trucks will need to travel an estimated five billion miles to deliver their goods and, given the most recent crash rates, could lead to an additional 52 fatal crashes and nearly 900 injury crashes, Graves said.

“By baselessly cutting the productivity of the industry, these alleged champions of safety will, by forcing thousands of additional drivers and vehicles onto the highway, make our roads less safe,” Graves said. “The highway is our workplace, and we have a vested interest in making it safer for everyone. If compelling evidence existed that the changes these groups want would increase safety, we would embrace it. However, the FMCSA itself said in its proposal the safety benefits of this rule do not outweigh the costs. Rules should be written based on sound data and research, not the theories of outside interest groups. We hope and trust the factual record, and not politics, will guide policymakers as they complete their review of this rule.” 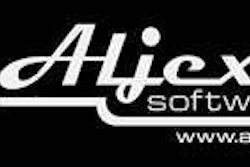 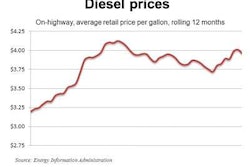 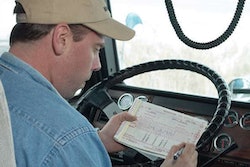