Shortly before the accident, tractor-trailer driver John Doe was listening with disbelief to a Channel 19 account of a luckless New Jersey carrier being fined thousands of dollars by the Occupational Safety and Health Administration because forklift operators weren’t wearing seatbelts. Huh? Are these enforcement guys nuts? The last time Doe had heard of a forklift flipping was back in 1968 during a barrel race between a Clark and a Hyster!

At the moment, Doe was tooling along at 55 mph in the far-left lane of three-lane one-way Muttonbutt Road, approaching the intersection with Route 4. The light ahead had just turned green, and Doe’s lane was devoid of traffic. Cautiously decelerating to 35 mph before entering the intersection – where vehicles in the center and right lanes had started to move – Doe suddenly noticed a dull-green Puma in the middle lane whose left-turn signal was flashing.

Despite taking precautions, John Doe was unable to avoid being struck by a car attempting to cut in front of him. Was this a preventable accident?

Whoa! Suspecting that the Puma intended to leap across his bow onto Route 4, Doe hit the brakes, sounded his horn and swerved to the left. But alas, the Puma’s elderly driver, Matty Munchley, was sure she could squeak past the nasty ol’ truck, and … WHUMMPPO! Oh no! Doe had been struck, with his right front fender sustaining a spontaneous structural reconfiguration. Munchley was OK, albeit mighty miffed.

Since Doe contested the preventable accident warning letter from his safety director, the National Safety Council’s Accident Review Committee was asked to resolve the controversy. NSC quickly ruled in Doe’s favor, concluding that there was nothing more he could have done to avoid being pounced upon by the Puma. 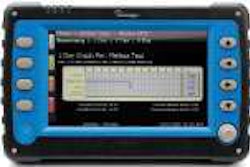 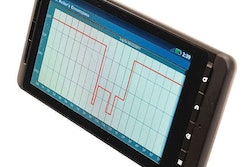 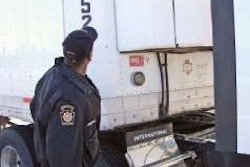 KEEP YOUR TRUCKS ON THE ROAD 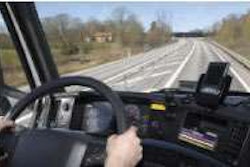