Winning the battle of perception

About 10 years ago, I was in the office of a moving company near Dallas. At some point during my interview with the company’s vice president we discussed recruiting. I asked how he was able to successfully recruit owner-operators. I don’t recall what he said other than “drivers are a suspicious lot.” He went on to say his drivers were accusing him of cutting special deals to recruit other drivers.

Through the years I’ve gathered that drivers tend to be suspicious about dispatchers as well. Do some drivers get the first pick of loads? That seems easy enough to imagine happening, whether or not it is true.

One way to fight this perception battle, at least in the dispatch department, is with technology.

Load One Transport is using some built-in features in its Sylectus dispatch software to give drivers transparency to its load planning process. Load One is an expedited freight hauler based in Taylor, Mich. Most drivers in this niche market are owner operators and are not paid for empty miles.

Load One drivers can use a form message (macro) in their Qualcomm MCP200 computing platform to query the Sylectus system to see how many other similarly-spec’d trucks (straight trucks, vans, etc.) are in their vicinity.

Drivers regularly use this macro to see where they stand in line for the next available load. They can also enter a zip code to see how many trucks Load One has in a different area. With this information drivers can make their own decisions about where to relocate for their next load.

A driver may get a good rate to deliver to a rural area in Kansas, for instance, but knows he got this rate because he will not likely get an outbound load if he stays there for long. After searching for trucks in Kansas City, he may notice the area is short on trucks and decide to deadhead in that direction.

“Drivers get savvy on how freight moves,” says John Elliott, the company’s president. “When you give them transparency to look at the data it strengthens their confidence in what dispatch is telling them. They believe in the tool even more.”

Load One also shares information with drivers about how it compares with other carriers for keeping drivers loaded. The company’s Web-based Sylectus system is used by most expedited haulers. Load One can view reports that show how the company’s loads and revenue compare to the collective average of Sylectus users.

If drivers see a drop in their number of loads and revenue they may start to feel the company does not have enough business. But, if they see Load One is doing better or is in line with the rest of the industry, they tend to stay put. “There is validity to it. It is a pretty powerful visual too,” Elliott says.

Load One also looks at two measurements in its planning screen: LA (Last Available) and LL (Last Load). LA is the most critical. It shows how many hours have expired since the driver indicated he is available to work. LL shows the number of hours since the driver was empty from his last paying load.

The two numbers help dispatchers quickly determine which drivers to focus on. “I place an extra focus on my top sitters,” Elliott says. “Those guys get the most frustrated.” Besides looking at drivers individually, Load One looks at LL and LA times collectively by area. For areas with higher LA times, “we know we need to be moving trucks empty out of there faster and keep them rolling. When they sit that’s when they start looking for jobs.” 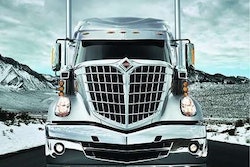 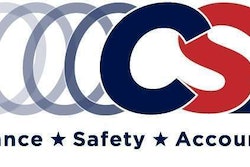