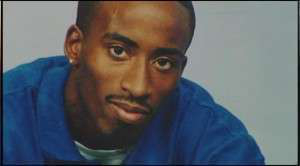 Just after U.S. driver Jabin Bogan was released from a Mexican prison after serving a seven-month sentence after the driver made a wrong turn and accidentally entered the country with a trailer full of ammunition in April, Mexico’s immigration department immediately assumed custody of the 27-year-old for improper documentation.

Officials did not say when they would release him, according to a report from CCJ sister site Overdrive. Click here to see Overdrive‘s full report and for links to all coverage of Bogan’s peculiar arrest.