For-hire trucking companies added 5,000 payroll jobs in January on a seasonally adjusted basis as the overall economy added 157,000 nonfarm jobs, according to the latest estimates released Feb. 1 by the Bureau of Labor Statistics. The national unemployment rate ticked up slightly to 7.9 percent.

Payroll employment in trucking in January totaled 1.375 million jobs — up 0.36 percent from December and 47,400 jobs, or 3.6 percent, from January 2012. The total number of seasonally adjusted payroll jobs is higher than previously reported because BLS has adjusted figures going back at least five years. Trucking employment is up by 141,100 jobs, or 11.4 percent, from the bottom in March 2010, but it remains 78,300 jobs, or 5.4 percent, below the January 2007 peak. 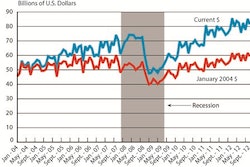 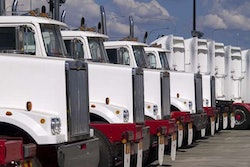 Equipment upgrade tax incentive — Is it worth it?