It’s not been a good time to be in the business of building large bore natural gas engines.

Cummins confirmed Tuesday its plans to put development of its 15-liter spark-ignited natural gas engine – the ISX 15 G – on hold.

“As a result of market timing uncertainty, Cummins has paused the development of the ISX15 G natural gas engine,” Christy House, On-highway Marketing Communications Director for Cummins, says. “While we believe natural gas power will continue to grow in the North American truck market, the timing of the adoption of natural gas in long haul fleets preferring 15 liter engines is uncertain.”

Cummins follows Westport – at least temporarily – out of the marketplace in building 15-liter NatGas engines.

Westport bowed out in October 2013, halting orders for its 15-liter engine and unveiled its next generation technology in December, which will largely entail working directly with vertically integrated OEMs.

Cummins announced plans for the engine mid-2012 citing coming demand in the marketplace. However, infrastructure support has been slow to develop nationwide.

“We believe the adoption of natural gas in long haul fleets will be paced by a variety of factors beyond the engine and include fuel tank technology and public fueling infrastructure,” House says, adding Cummins will re-evaluate market demand for the ISX 15 G later this year. 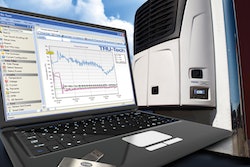 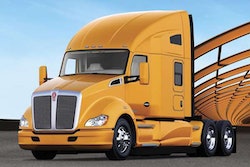 Kenworth issues recall for some ’14 model trucks; Freightliner issues for some ’13, ’14 Cascadias 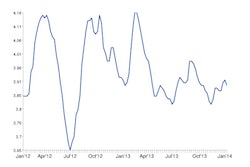