In an update posted on its Rebate Education website, Pilot Flying J said that by the end of 2013, it had paid back about 95 percent of the 5,500 trucking companies owed money in the class-action settlement an Arkansas court approved in November.

Those payments include both the money owed in fuel rebates and the 6 percent interest determined in the settlement.

The update on the Rebate Education website — which was set up in the wake of the federal accusations against Pilot that it was intentionally cheating trucking companies out of owed rebates for diesel purchases — says the company’s internal auditors are still evaluating and re-evaluating the company’s accounts.

“Pilot Flying J is committed to providing its customers with access to their audit results, to answer their questions and help ensure our customers feel comfortable with Pilot Flying J’s audit and repayment. We anticipate this process will continue for several more months,” the update reads.

A court approved in November an $85 million settlement between Pilot and the 5,500 trucking companies who were allegedly defrauded out of owed rebates.

$56.5 million of that was designated for the principle funds owed, while $9.75 million was marked as the 6 percent interest. $14 million was set aside for attorney’s fees, if approved by the court, and $4.5 million was for audit costs. 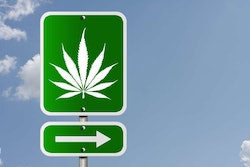 DEA to classify synthetic marijuana as Schedule 1 drug, illegal for truck drivers to use or possess