The Federal Motor Carrier Safety Administration has published a final rule expanding its ability to shut down motor carriers who display a pattern of “egregious disregard” for compliance with federal safety rules.

The rule also again strengthens the agency’s ability to target “chameleon” carriers or “reincarnated” carriers, defined in the rule as those who “operate multiple entities under common control to conceal” a lack of compliance with federal safety rules.

It will become effective Feb. 21.

The publication of the rule follows direction from Congress from both of the most recent highway funding authorization bills — SAFETEA-LU, passed in 2009, and the current MAP-21 law, passed in 2012.

Under the new rule, FMCSA will determine whether a carrier has failed to comply with safety regulations or has tried to conceal such noncompliance. It then — if a carrier “meets [the agency’s] initial threshold — it will further evaluate the carrier to see if it has made a pattern out of not complying with safety rules or is a reincarnated carrier.

If the agency finds a carrier does have a pattern or has attempted to conceal noncompliance, it can revoke or suspend the carrier’s authority.

The rule should only affect a small amount of carriers each year, FMCSA says in the Federal Register entry.

A Notice of Proposed Rulemaking was originally published in November 2012, and the agency accepted public comment for 60 days.

Industry stakeholders such as the American Trucking Associations, FedEx, Werner, the Owner-Operator Independent Drivers Association, the Transportation Intermediaries Association, the Truck Safety Coalition (a group of fleets), the Teamsters and the North American Transportation Consultants submitted comments or questions about the rule. The Advocates for Highway and Auto Safety also submitted comment, among others.

ATA, OOIDA, NATC and FedEx (No. 2 in CCJ’s Top 250) commented seeking a definition of “pattern of noncompliance” from the agency, to which the agency said it will determine a pattern on a case-by-case basis and must have the “flexibility to tailor its enforcement actions” accordingly.

“The Agency believes enforcement is best served when there is room for discretion, explanation, and consideration of the unique circumstances of each individual and carrier,” it said in another comment from OOIDA, who was seeking a request for a “more exact formula” for how the agency would determine a pattern of noncompliance.

In response to a comment from Werner Enterprises (No. 10 in CCJ’s Top 250), the agency said the rule targets “only the worst actors” in the for-hire industry.

Werner had commented  that carriers who already have an “excellent record and culture of safety and compliance” might come under fire in the rule for hiring “an officer” who has a history of not complying with safety rules. Carriers could then be punished without actually having done anything unsafe or have a negative safety rating, Werner said.

The agency further responded that it finds it unlikely a carrier with a strong record of safety and compliance would place someone with a history of disregard for safety compliance in a position of control, but that if it does, there are safeguards in the rule, as the agency must give notice to a carrier that it could have its authority revoked, and the carrier could respond.

Click here to read the entire rule or to see more questions about the rule from industry stakeholders and the responses from FMCSA.

Senator wants FMCSA to do more to stop ‘chameleon’ carriers 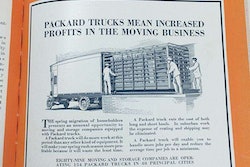 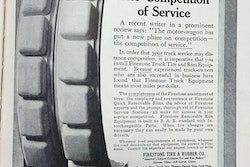