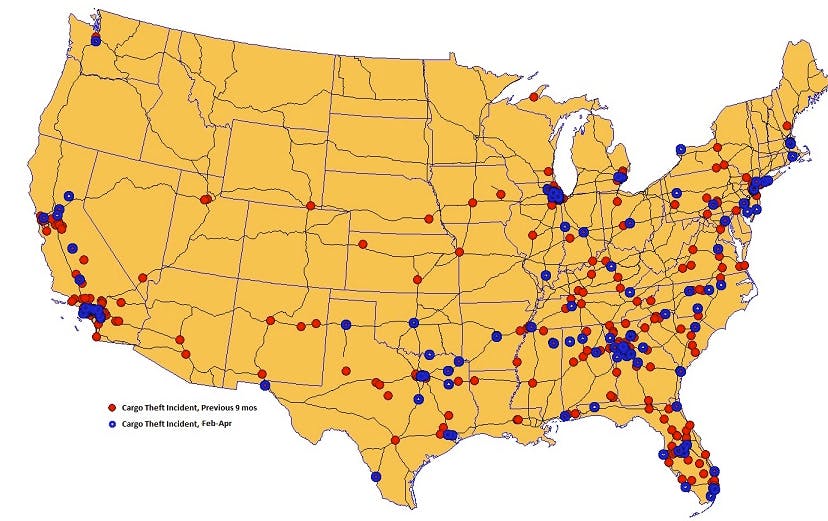 In the rolling quarter from February-April, 178 cargo thefts were reported in the U.S., according to a report released this week by FreightWatch International. That’s a 25 percent drop from the previous quarter (November-January), but the average value per load jumped 98 percent to $245,101, FreightWatch’s report says.
In the first quarter of 2013 — January-March — 206 thefts were reported, and the average value per load was $207,982.

Food and drink loads remained the most targeted, making up 17 percent (31 thefts) of the incidents in the three-month period. Targeted products included meats, snack foods, carbonated drinks and prepared foods, the report says.

Electronics made up the second most stolen load type with 27 thefts, 15 percent. Televisions, computers and computer accessories made up targeted products in the category.

Home/garden loads also accounted for 15 percent of the total (27 thefts), made up of loads of appliances, home décor and cleaning supplies.

Five states accounted for more than 75 percent of all cargo thefts in the U.S.

Florida experienced the most thefts in the quarter with 38 — 24 percent of all thefts. It overtook California, which had 77 thefts the prior quarter, but only accounted for 36 this quarter (23 percent). Texas had the third most thefts with 26 (16 percent of the total), while Georgia had 21 (13 percent). Illinois saw 12 (7 percent).

Theft of trailer or container made up 150 of the 176 thefts in the quarter (84 percent), followed by theft from trailer or container, which made up 6 percent. Deceptive pickups, a form of identity theft, made up 4 percent. The remaining 6 percent included facility burglaries, driver thefts and an attempted hijacking.

The average of the two pharmaceutical loads stolen far and away had the highest average loss per theft at $5.6 million. Clothing/shoes loads had the second highest, $859,499, followed by electronics’ $420,585. 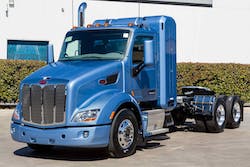 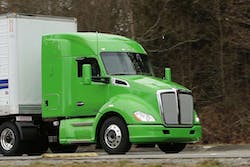 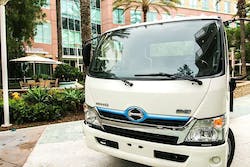