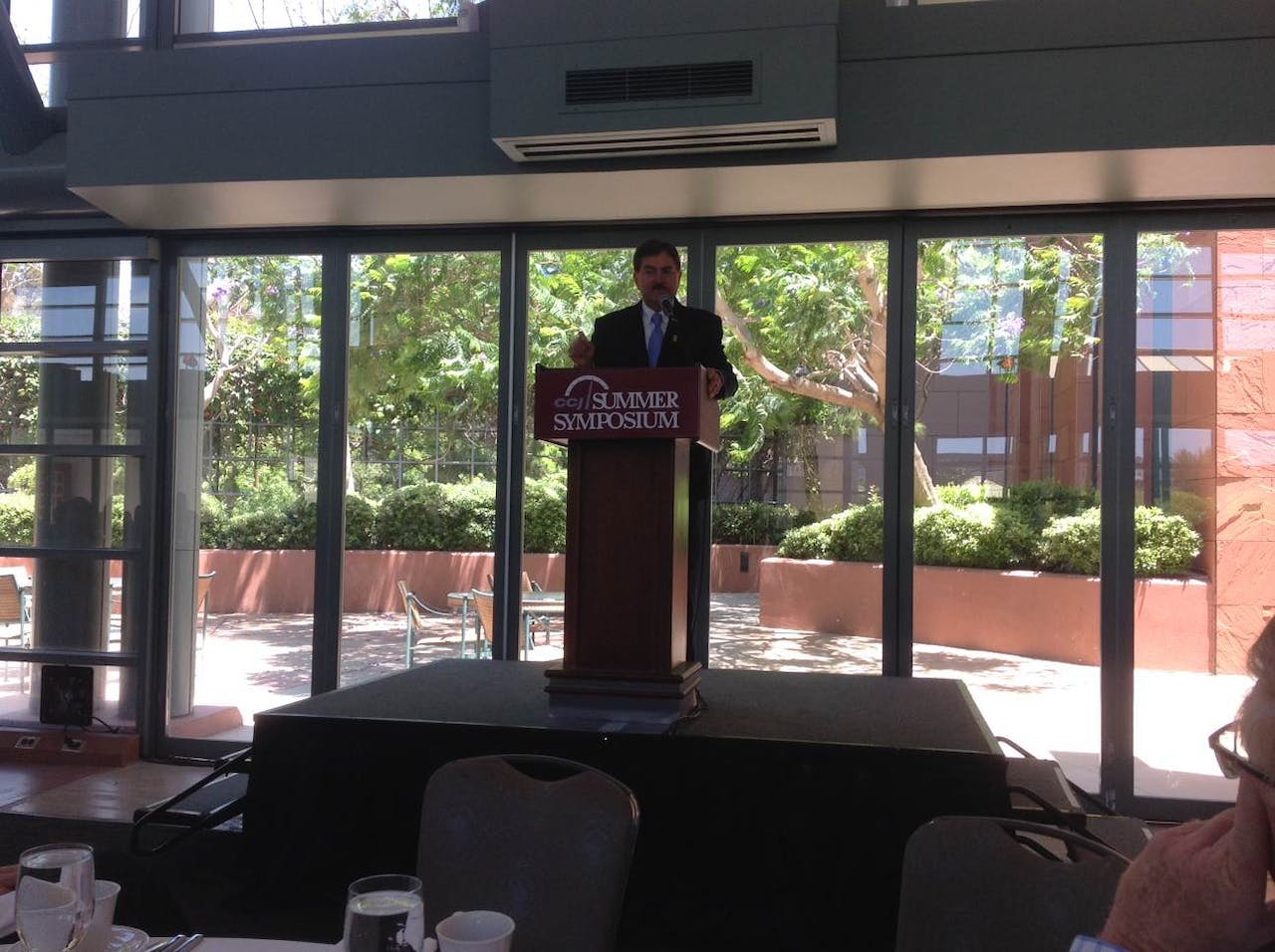 During a luncheon at the CCJ Summer Symposium on June 24, Phil Byrd, chairman of the American Trucking Associations, recounted a meeting he had with Anne Ferro of the Federal Motor Carrier Safety Administration in early May.

Ferro, the FMCSA administrator, came to the ATA headquarters in Washington, D.C., along with eight lieutenants from the agency. A few days earlier, ATRI had finished a critique of the research the agency had used to justify making a change to the 34-hour restart provision in the new hours-of-service regulations that became effective in July, 2013.

The change shortened drivers’ workweek from 82 hours to 70 hours on-duty. It also limited use of the restart to once per week (168 hours) and required that the 34-hour rest period include two consecutive 1-5 a.m. periods.

Drivers previously could use the reset period multiple times per week if needed.

The ATA wanted a legitimate study to be completed and to have the FMCSA revert back to its previous 34-hour restart language until that was done. FMCSA conducted its study using 106 drivers from “arguably the worst motor carriers in America” to come up with findings, said Byrd, who is president and CEO of Bulldog Hiway Express, a Charleston, S.C.-based fleet that operates more than 150 tractors.

“This 50-year-old hot, male body can’t tell the difference in 5 minutes less sleep or 5 minutes more sleep in a 24-hour period,” Byrd said. “But (the FMCSA) hung their hat on that.”

The difference in lane deviation was a tenth of a centimeter or the thickness of a business card. “That’s it,” he said. “And we changed the regulation on that.”

During the meeting with Anne Ferro at ATA’s headquarters in early May, Byrd said he started the conversation like this:

“Anne, please tell me your job is to promote public highway safety,” and then asked her to consider the likely scenario of a driver who has been at home, logged off-duty for the past 40 hours after working for 60 hours since he last used the 34-hour restart.

The driver would only have 10 hours (70-60) of on-duty time remaining for the remaining days in the week. His 40 hours at home would not qualify for a restart since 168 hours had not yet lapsed from the last time the driver reset his hours.

Rather than leave the house on a Sunday when the roads are the least congested, the driver would either wait another 10 hours and leave on Monday to gain a fresh set of hours or leave on Sunday and then run out of hours in the middle of the week.

Representatives from about five motor carriers were also present at the meeting along with one of the largest manufacturers, General Motors. In the first quarter of 2014, GM said it had spent $15 million of additional transportation costs because of the 34-hour restart to cover their logistical needs because of lost productivity.

“The FMCSA staff heard this. It was compelling evidence,” Byrd said.

“We explained that the trucking industry operates like manufacturing. It operates Monday through Friday. If drivers can’t take a restart on the weekend when at home, they have to revert to the 70-hour recap and then run out of hours on Monday or Tuesday when America needs freight picked up and delivered,” Byrd said at the Symposium.

After hearing this, Ferro’s response was: “there are certainly some unintended consequences to this regulation.”

“Thank you for acknowledging that and recognizing that,” Byrd said. “Now what can I tell my colleagues that FMCSA is going to do about it?”

Ferro looked at Byrd across the table. “Nothing,” she said. “I didn’t say we are going to do anything about it.”

Since the FMCSA was unwilling to consider a rule change, the ATA decided to aggressively pursue a change in legislation. In early May, 2014, the annual Transportation, Housing and Urban Development (THUD) bill had moved through the House of Representatives. The bill provides the Department of Transportation with its 2015 fiscal year funding.

The ATA got a sponsor in Senator Susan Collins (R-Maine) to amend the Senate bill to suspend the 34-hour restart provisions included in the 2013 federal hours-of-service rule, pending a new study. The legislation went into Appropriation Committee meetings. “We knew we had to get a minimum of 5 democrat votes along with all republicans in the committee to make this a successful initiative,” he said.

On June 5 the Senate committee voted 21-9 in favor of the amendment to the THUD bill. The bill was then “tripped up at last minute by a procedural maneuver” by the Senate majority leader, Harry Reid (D-Nev.). ATA felt confident that it had the votes but the bill was pulled from the Senate floor on June 19.

The two chambers of congress, the House of Representatives and the Senate, will have to agree on a final policy before the matter is settled.

Byrd said that there is a slight chance that the Collins amendment could come up again for a vote on the Senate floor this week due to a slack calendar of events in Washington, D.C.

The CCJ Summer Symposium is being held in La Jolla, Calif., June 23-25. 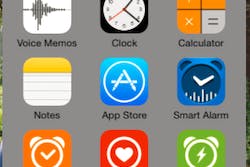 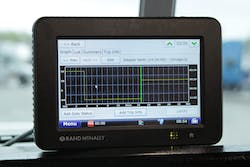 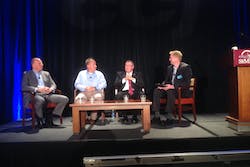