Truck, trailer and engine makers, along with buyers and operators, are strongly encouraging government regulators to consider real-world operating factors in the development of the next round of heavy-duty vehicle fuel efficiency standards. The trucking industry is also hoping the government has learned from the unintended, economically disastrous and potentially conflicting results of other recent emissions rules.

The discussion comes by way of comments filed recently with the National Highway Traffic Safety Administration. NHTSA, together with the Environmental Protection Agency,  has initiated development of Phase II of its greenhouse gas standards for medium- and heavy-duty vehicles. The initial standards became effective Jan. 1 for model year 2014 trucks, and are set to be strengthened with model year 2017. Phase II would target 2018 and beyond.

In its response, American Trucking Associations “strongly” calls for “national harmonization” of all standards for the trucking industry – including standards under Phase II. ATA is particularly concerned with the impact of state and local emissions regulations, such as those imposed by the California Air Resources Board, on interstate commerce.

Noting that truck buyers need equipment investments to make financial sense, ATA supports an 18-month or less ROI on all technologies under Phase II and encourages the agencies to more accurately account for both projected equipment and operation and maintenance costs.

“Our recent experiences with untested emission reduction technologies in 2002, 2007, and 2010 speak volumes,” ATA writes. “It was not uncommon to see engine warranty claims per model year of nearly 200 percent on an annual basis. The trucking industry has learned a hard, financial lesson from these recent technology failures and will not accept further technology-forcing standards that have not had sufficient lead time for development and testing.”

In pointing out potential regulatory conflicts, ATA notes that if a pending petition on side and front override guards is granted, such new standards will significantly increase trailer weight – negating the benefits of light-weight trailers under Phase II.

“The most crucial consideration is that a more affordable and reliable truck is more likely to be purchased at an earlier date by someone who is considering a new truck,” OOIDA says.

The association also suggests that a seemingly positive environmental requirement can turn into a negative one for safety, and cites the optional use of automatic engine shutdown switches under Phase I.

“While reducing wasteful idling time is a very laudable goal and one that drivers who pay for their own fuel are extremely aware of, the requirement in Phase I that the driver have a limited ability to manually override the switch has the opportunity to result in unintended negative safety consequences,” such as inadequate driver rest if a driver has limited control over the cab climate when parked.

OOIDA also emphasizes that fuel efficiency gains are readily available without the need for risky investments in untested technology: NHTSA, in partnership with FMCSA and EPA, should consider implementing a driver training program which could realize almost instant reduction in GHG emissions.

Similarly, The Volvo Group suggests that “there are many opportunities for improving freight efficiency that are beyond the reach of in‐vehicle technology,” including congestion mitigation, smart highway systems, permitting longer combination vehicles, improved shipping logistics and packaging.

“We remain concerned that, with a regulation of this breadth and complexity, it is extremely difficult to fashion a rule that meets all objectives,” Volvo writes.

Indeed, Volvo and Daimler Trucks North America each discuss the diversity of the truck market, and particularly the vocational segment.

“With such a range of diversity, it is reasonable to conclude that the negative consequences of optimizing the vehicle to more far-reaching regulatory requirements may outweigh any real world benefits,” Volvo says, proposing that maintaining the current Phase 1 regulation without changes may be the optimum approach for the segment.

Both truck makers also emphasize the importance of recent developments in the integration of engine and transmission to optimize efficiency – a technological advancement that would not be credited if NHTSA maintains the engine standards from Phase I.

And additional, substantial improvements to engine fuel efficiency, while maintaining current emissions standards, will be difficult – and expensive – to come by.

“A program that fails to regulate complete vehicle fuel efficiency – but instead forces technology into the engines even when more cost-effective improvements are possible on the rest of the vehicle – will lead to unnecessarily high costs and low cost-effectiveness,” DTNA writes. “In turn, if NHTSA proposes to drive fuel efficiency through separate engine standards, NHTSA risks similar employment disruption as that seen in the 2007 emission change.”

“It makes no sense to increase engine efficiency at the expense of vehicle efficiency,” Volvo writes. “Manufacturers and customers must have the flexibility to achieve the best efficiencies through vehicle design innovations and increasing penetration of available fuel-saving technologies with lowest total cost of operation.”

Engine maker Cummins, however, would like to see the engine standard retained.

“The regulatory structure implemented by EPA and NHTSA for Phase I provides a solid foundation for future regulation,” Cummins writes. “As such, separate engine and vehicle standards should be the basis for all regulatory alternatives.”

Cummins suggests the agencies should provide sufficient lead time and stability for any Phase II alternatives, and calls for the addition of a powertrain option that tests the engine and transmission together.

Cummins also calls for “fuel neutral” standards, which have had an impact in the markets for smaller engines.

“The Phase I rule adds to the cost of diesels with more stringent standards versus gasoline,” Cummins says. “Should Phase II continue or grow the disparity on CO2 standards between diesel and gasoline, these cumulative higher costs will drive customers away from diesel and toward gasoline, thereby increasing CO2 emissions across the fleet.”

“Our investigations indicate that the overall lack of sufficient clarity to calculate a payback due to fuel economy improvements from weight reduction makes this approach impractical for many trailer fleets,” Great Dane says. “We also believe that a weight reduction approach for regulation compliance will likely prove prohibitive for most trailer operators.” 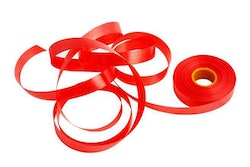 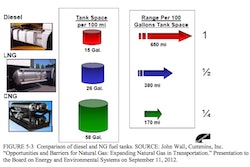