Which states have the most effective inspections? ATRI names Top 10

As a follow up to a report issued earlier this year highlighting state-to-state enforcement disparities around the U.S., the American Transportation Research Institute announced Oct. 22 its Top 10 High-Performance States for Commercial Motor Vehicle Enforcement.

The Top 10 are listed below, but CCJ sister site Overdrive has included in its coverage of ATRI’s list analysis of each states based on data proprietary to Overdrive and CCJ. That data also laid the groundwork for CCJ and Overdrive’s work on award-winning the CSA’s Data Trail series. Click here to see CCJ’s in-depth coverage of CSA. 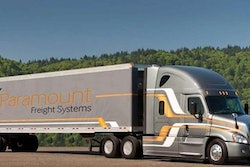