Suspending 2013’s 34-hour restart provisions and forcing FMCSA to study the rules and better justify them?

Yes, trucking did indeed get the Congressional action it had asked for since July 2013 — a stay of enforcement on some of the more restrictive hours-of-service provisions in the 2013 HOS rule change, pending FMCSA study — in the 2015 “Cromnibus” appropriations bill cleared by Congress nearly two weeks ago and signed by the president last week.

And it’s a step that makes sense: The agency’s justification for the rule (which carriers and drivers have claimed is too restrictive, clogs up highways even further during rush hour and in fact makes drivers drowsier rather than more alert) has always been flimsy, and the science it used to back up the regulation was likewise questionable.

But harken back to just a few months ago, when Congress stood at the threshold of really flexing its muscle at the DOT’s trucking regulator.

In June, it seemed plausible that, in addition to the restart rollback, Congress could direct the agency to hustle on publishing the final rule mandating electronic logging devices and require it to produce a Safety Fitness Determination rule — now in the works for the better part of a decade — by this month, December 2014.

Also plausible was Congress’ inclusion of a stipulation blocking the agency from upping the minimum amount of liability insurance required for carriers.

In fact, had Senate leadership not squabbled over procedural rules in bringing the 2015 FY appropriations bill for the Department of Transportation to the floor in late June, trucking might have had all of these, or at least some of them.

The House had already voted on its DOT funding bill, and it included language preventing FMCSA from continuing to pursue rulemaking to increase the $750,000 liability insurance minimums for carriers.

The Senate’s version of the bill included the deadlines for an ELD rule (by Jan. 30, 2015) and a Safety Fitness rule (by year’s end), which many in the industry are counting on to make the Compliance, Safety, Accountability program more tolerable.

Had the Senate voted on the bill in June, it likely would have passed, and members of the House and Senate would have held a joint committee to hammer out a bill to take back to their respective chambers for final approval.

Whether the deadlines for the ELD rule and the SFD rule and the blockade of an insurance increase would have withstood the joint committee is unclear, but it’s likely at least some of them would have made the cut.

So, yes, trucking should be happy a regulation it was unhappy with has been scaled back and further studied. But there’s still more Congress could have done to inject more common sense and timeliness into FMCSA’s regulatory agenda. 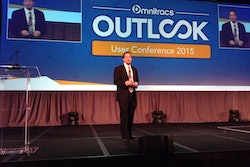