The amount of data available to carriers from truck and driver monitoring systems has changed and will continue to change the way carriers compensate drivers, says the Prosperio Group’s Beth Carroll, who spoke at the Recruiting and Retention Conference held in Nashville, Tenn., last week.

And performance-based pay will increasingly become part of carrier pay packages, she said, pointing to more sophisticated pay structures that put drivers’ income in their own hands as coming mainstays. Such pay incentives are “here to stay,” she said.

Representatives of Pride Transport, a refrigerated carrier based in Salt Lake City, joined Carroll in the discussion. Pride has worked with Prosperio to restructure their mileage-pay program, which included a safety bonus.

“Moving forward with a new [pay] program,” she said, points that make up that scorecard’s calculation “will go toward an increase for a driver” in pay per mile, with continuing opportunities for advancement.

Under the new program, drivers can accumulate a total of 1,000 points every month, depending on their performance in the four scoring areas, which are weighted toward productivity.

Drivers continuously bank points, and in every increment of 10,000, their pay gets bumped a half-penny on their base rate, which equates to a potential $600 a year increase for drivers who run 120,000 mile sin a year.

A crash in any month essentially negates the miles a driver would have earned.

How do Pride drivers feel about it? “Once the drivers understood how it worked, most were happy, noted England. “So it’s in our own control how much of a raise we get?” she paraphrased one.

Carroll said similar programs will continue to pop up in the industry as more and more data becomes available to carriers. 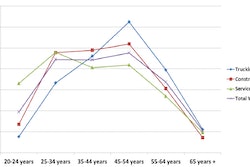 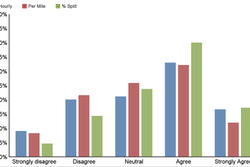 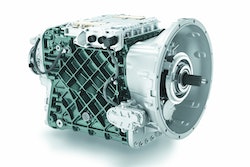