Per recent trucking economic indicators, rates are still trending upward and freight’s expected to continue to grow throughout the year:

Linehaul rates soar: Per-mile linehaul rates, as measured by Cass’ monthly Truckload Linehaul Index, rose 5.1 percent in March from the same month in 2014 and hit in all-time high. The measure is another signal that, despite drops in gross rates in recent months, the base portion of per-mile rates continues to increase. What’s more, truckload linehaul rates are expected to continue to grow through at least the first half of this year, Cass says.[/gttable]

Jolt from restart rollback, fuel nears end for shippers: Following a brief reprieve in January, FTR’s monthly Shippers Conditions Index fell below a reading of 0 again, signaling a “less than ideal environment for shippers,” FTR says. The temporary boost to shippers conditions from lower fuel prices and the December 2014 suspension of certain hours-of-service rules seems to have run out, FTR says, and conditions for shippers are expected to deteriorate the rest of the year due to tightening regulations on carriers, stronger freight and increasing fuel prices.[/gttable] 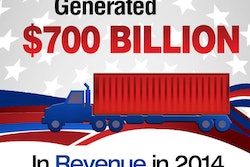 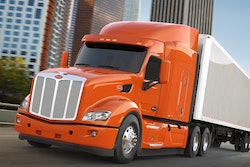