Note: Based on the convergence of technology in automation, connectivity and super infrastructure, the following story is the account of a fictional fleet terminal set in the coming decades. This story is based on reporting from CCJ’s Trucking’s Future Now package.

With a familiar hiss and pop from its air brakes, another autonomous tractor-trailer rolls through an automatic gate and onto the yard. Once inside the terminal’s geofence, the truck’s onboard computer surrendered vehicle control to the fleet traffic control system, which guides the truck past a series of sensors which laser-scan the truck, confirming its ID number, weight and telemetry. With 90,000 miles logged, it’s time for PM checks and servicing, so naturally, the fleet’s routing system directed the truck onto a return leg to this facility a couple of weeks ago. The traffic control system directs the rig to a holding lane, where it shuts down and waits patiently for a CDL-holding technician to climb aboard and take charge.

The truck itself looks similar to big rigs roaming the highways today. But it’s smaller, shorter and much lighter than its predecessors on the edge of the autonomous age. Because it almost never has a human behind the wheel, there’s no need for a sleeper compartment behind the cab. There’s also no need for a bunk, a fridge, a TV, storage cabinets, an infotainment center, APU or even a passenger seat for that matter. Although the prices are dropping rapidly, autonomous technology is still expensive. But deleting many of the comfort items necessary on human-controlled trucks mitigates the costs considerably.

This terminal runs 24/7, so in a few minutes a technician comes out to take charge of the truck. With a few sweeps of her smartphone, the tech downloads all the pertinent data for the vehicle: She notes that 5 weeks ago, in Guatemala, a fault code for a failing battery was flashed, which was replaced the next morning during a fueling stop at an American-owned truck stop chain just off the Pan-American Highway outside of San Jose, Costa Rica. Additionally, the tech notes that the Number 3 fuel injector needs to be replaced (diagnosed and signaled by the truck itself, the part arrived from the OEM two days ago) and an anti-churn sensor in the drive axle needs to be replaced as well. The truck flashed a low-coolant warning intermittently during its run south through the Peruvian desert on its run to Buenos Ares, Argentina. But predictive-diagnoses tracking indicates this is a false warning: This model truck and engine typically develop dry rot cracks on the hose connecting the overflow tank and the radiator with around 435,000 miles on the odometer. The tech has an automatically generated note on the maintenance order on her tablet computer from her fleet manager to change the hose out as a matter of course.

The tech also notes that cruising patiently along at an average speed of 53 mph, the truck logged 12.3 mpg on its South American run. This is well within the fleet’s established fuel economy targets and indicates the truck’s aerodynamic setup is good to go. On a previous run to New Orleans earlier in the year, the fleet got an alert when the truck’s fuel economy number suddenly dropped to 9.8 mpg. At its next fueling stop in Baton Rouge, the tech at the truck stop there discovered that an unknown impact had severely damaged the trailer gap extender on the right side of the cab. The device was quickly replaced and the truck’s MPG numbers had immediately reverted to the “Acceptable” window defined by the fleet manager.

No one knows what caused the damage to the gap extender. But it almost-certainly wasn’t vandalism. The truck rarely sits still long enough in places where vandals can get to it.

The tech climbs in the cab, backs the trailer and unhitches it in a holding area. Thanks to its own telematics tracking system, the trailer itself is as fully integrated into the fleet’s maintenance system as the tractors. An added bonus is that lost and misplaced trailers are a distant memory. Every trailer in the fleet is tracked and accounted for, right down to cargo weight, unit integrity, theft prevention systems and internal temperature for reefers.

In the bay, the tech pulls the hood and gets to work. A quick scan of the engine bay reveals nothing unexpected. As usual, the windshield washer reservoir is completely topped off; no human ever needs to clean the windshield going down the highway in this truck.

As she works on the truck, the fleet’s routing system schedules it for a run north through the Rockies to
Vancouver, Canada. This is a significant terrain change from South America, so the system automatically flashes a software request to the vehicle OEM. A few minutes later, the tech gets a note informing her that the powertrain on the vehicle is wirelessly downloading new horsepower and fuel-injection spray pattern settings that will insure the truck runs efficiently through the colder, higher-altitude conditions on its next run. At the same time, the fleet automatically flashes the truck’s latest emissions information ahead to the states the truck will be traveling through. That historical data will be electronically compared to the vehicle’s real-time emissions performance each time it passes through an inspection station. If there’s a discrepancy, the truck will be flagged and pulled over. But such instances are rare.

Three hours later, the truck is turned around and ready to go. The tech has hitched a reefer to the tractor and positioned it in line for departure where it will be fueled and undergo final checks before the traffic control system returns control to the vehicle’s onboard guidance computers. An hour later, exactly on time, the truck will pull into a warehouse facility on the western side of Des Moines, where a logistics manager will take control and back it into a dock. As he loads the trailer, barcode scanners will automatically log each pallet as it passes the bay door, with the cargo manifest automatically flashed to all concerned parties. If the load is sensitive or designated as high-risk, any pertinent law enforcement agencies will receive the information as well to have instantly on hand should something go wrong.

Once the last pallet is in place and secure, the logistics manager closes the trailer doors, which automatically lock in place. There’s an override code, of course. But in all likelihood, the doors will stay tightly secure until the rig reaches its destination in Vancouver, when they will automatically unlock.

That done, the logistics manager guides the truck out to the warehouses launching area, where the truck once again takes over control and rolls out of the gate and onto to the highway. The entire turnaround time from entering the fleet terminal the night before to heading out again with a fully-loaded trailer has taken less than 7 hours; the longest time the truck has been at rest in more than 3 months: a rare break in the life of a constantly-moving autonomous truck. 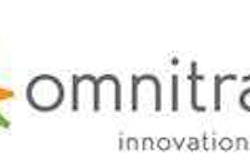