Congress may attempt to alter or delay ELD mandate

James Jaillet, CCJ executive editor
Jul 18, 2017
Despite OOIDA’s claims, states say they are within their legal boundaries to enforce the federal government’s ELD mandate and other federal regulations.

A panel of lawmakers in the U.S. House on Monday issued a report advising the U.S. DOT to study whether a “full or targeted delay” of the federal electronic logging device mandate for small carriers is warranted.

The House Appropriations Committee, which is comprised of 51 representatives, issued its report Monday night when it stamped approval on legislation that funds the DOT through the 2018 fiscal year. Though the legislation itself, if enacted, secures a compliance extension for livestock haulers, it does not offer any broader relief from ELD compliance. The legislation also does not include a requirement that FMCSA perform the study. Rather, the direction for the study is only included in a corollary report explaining the legislation and the policy reforms it includes. As-is, truckers must begin using electronic logging devices by Dec. 18.

“The committee is concerned by reports of serious complications associated with implementation,” the report reads. “In light of the heavy burden of this mandate, especially on small carriers, the committee directs the Department to analyze whether a full or targeted delay in ELD implementation and enforcement would be appropriate.” The report asks FMCSA to produce its findings within 60 days.

The language in the report is a sign that last-ditch efforts to have Congress derail the mandate in full or in part are gaining traction. The push for Congressional action comes after the Owner-Operator Independent Drivers Association’s attempts to have the court system overturn the mandate failed.

The legislation, which does not include an ELD delay, cleared the House’s Appropriations Committee late Monday and now heads to the full House for debate and potential amendments.

Sources have told CCJ that some lawmakers may attempt to attach an amendment to the bill to delay or alter the ELD mandate.

Another avenue to attach such an amendment, once source said, would be via a Conference Committee in Congress, in which members of the House and the Senate confer to produce a unified DOT funding bill for passage in both chambers.

The legislation passed by the Appropriations Committee by a 31-20 vote on Monday. It includes a provision exempting carriers from compliance with state-level laws requiring paid meal and rest breaks for drivers, as well as a measure blocking FMCSA from producing a Safety Fitness Determination rulemaking until reforms are made to the Compliance, Safety, Accountability program.

House set to take up bill that exempts carriers from state laws on driver breaks, delays ELD mandate for livestockers 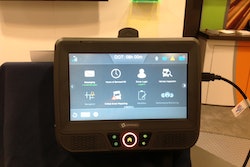