CCJ Staff (CCJ)
Aug 10, 2017
Performing research on the viability of hours of service flexibility for truck operators is one of ATRI’s top research priorities for the year, the group says.

The American Transportation Research Institute is working to develop a tool that would help the trucking industry identify safe young drivers by comparing them to older safe truck drivers.

According to 2016 ATRI research, fleet executives ranked the driver shortage as the top issue in the industry. Th new study aims to provide a tool to help alleviate that problem by identifying more young, safe drivers.

The group this week released the phase one findings of its research into a potential Younger Driver Assessment Tool. ATRI says it reviewed existing research on driver characteristics and the associated safety outcomes to learn what factors are characteristic in safe drivers.

As the group continues its research into a potential assessment tool for young truckers, it says it will work to figure out if a tool measuring individual difference factors in personality, health and cognition can reliably predict safe driving outcomes.

Generally, the 18- to 25-year-old age group is a higher risk of unsafe driving behaviors than older age groups due to immature cognitive function, high risk-taking behavior and other factors, but ATRI says there are likely to be individuals in the age group “that are more similar to safe, experienced drivers.”

To that end, ATRI will put together relevant measures of personality traits, health, cognition and safety attitudes, along with a measure of driving safety such as crash metrics, adherence to rules and regulations or other factors, and conduct a beta test of the assessment tool. The outcome of this test will determine if a larger study is warranted.

During the beta test period, ATRI will assess approximately 50 truck drivers of varying ages and experience levels – namely safe, veteran drivers and young, entry-level applicants. Based on their safety records, the veteran drivers’ test scores will be the target for the younger driver test scores to see if there is a correlation between individual difference measures and safe driving outcomes.

If the test provides strong correlations between measures and test scores among the safe, veteran drivers, and can identify similar scores among young drivers, the group will conduct a larger study with an expanded driver sample.

The goal of the overall study is to determine what factors are significant in predicting driver safety, which will lead to the creation of the assessment tool that can predict if an individual, regardless of age, has the characteristics of a safe trucker. 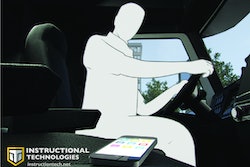 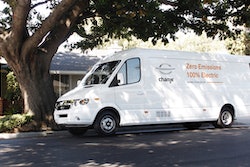