The 20-cent diesel fuel excise tax increase in California that went into effect Wednesday, Nov. 1, led to a 6.3-cent jump in the average price of fuel across the U.S., according to the Department of Energy’s weekly report.

The DOE reports fuel prices in California far exceeded the 20-cent tax hike, increasing by 35.6 cents during the week. California’s dramatic increase, tied in with sizeable increases in other regions, brought prices to $2.882 per gallon on average in the U.S.

Outside California, the most significant increase was seen in the West Coast less California region, where prices climbed 5.5 cents. The Midwest region saw a 5.1-cent increase during the week.

ProMiles’ numbers during the week saw diesel prices increase by 5.3 cents to $2.847 per gallon nationwide, thanks in large part to a 32.9-cent increase in California as a result of the fuel tax increase.

The average diesel prices in the state did not reflect the tax increase until Friday, Nov. 3, according to ProMiles’ numbers, which show slight increases Wednesday and Thursday, and a 25-cent jump on Friday. 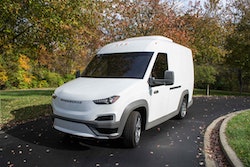 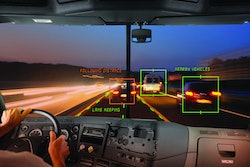