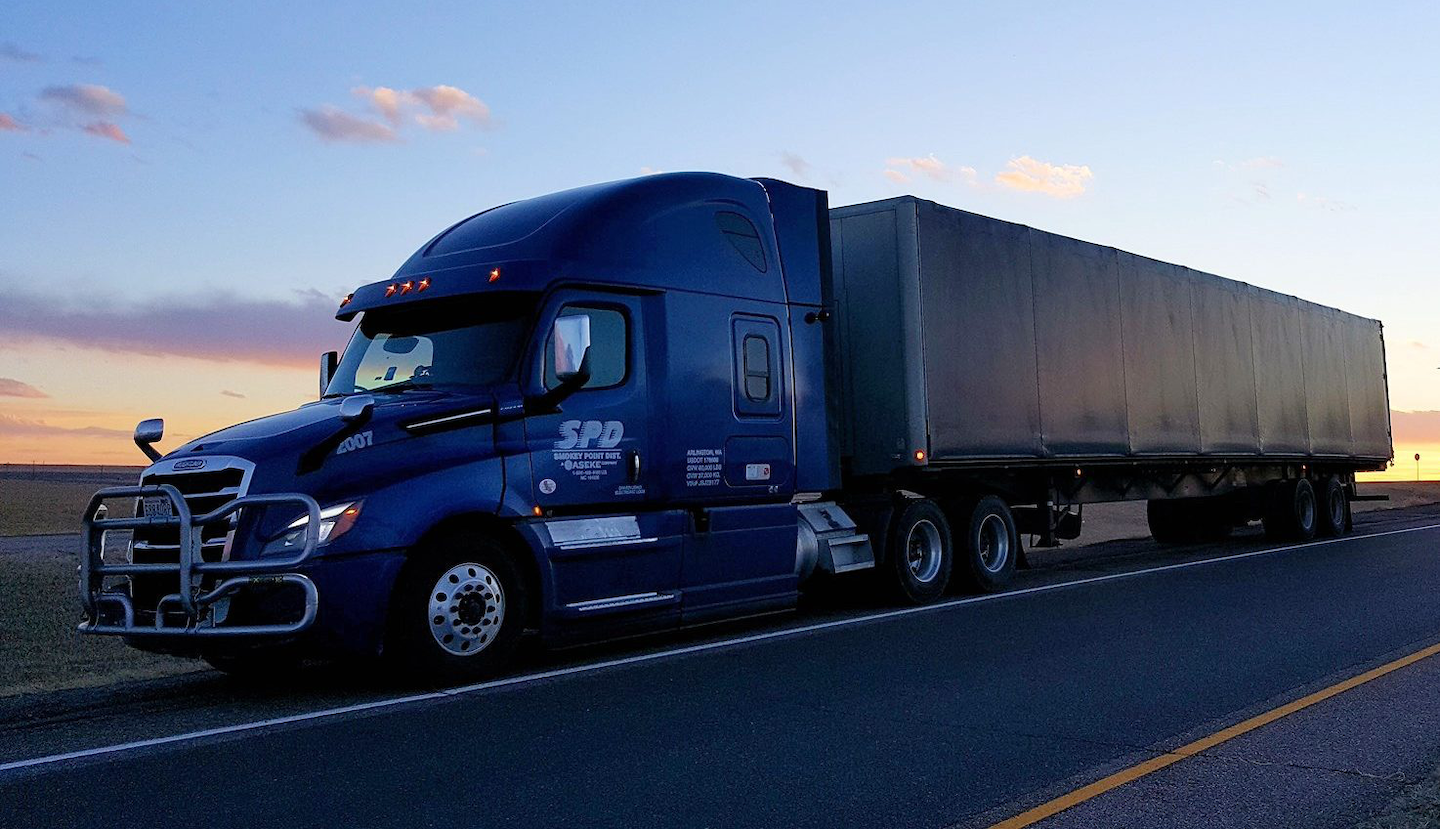 Smokey Point Distribution, a 250-truck fleet owned by flatbed and stepdeck conglomerate Daseke Inc., has announced a move toward a base salary compensation structure for over-the-road company drivers. The Washington State-based Smokey Point Distributing, a Daseke Inc. company, says that starting June 1 it will pay qualified solo over-the-road drivers with flatbed hauling experience an annual salary of $65,000 and each qualified and experienced member of a driving team an annual salary of $75,000.

In addition to the annual salary, drivers will still have the opportunity to earn compensation and annual bonuses for certain accessorial, mileage, safety and driver referrals.

“By offering drivers consistent paychecks, we are providing drivers and their families financial stability, comfort and peace-of-mind, while also providing them the opportunity to earn additional pay and annual bonuses that could be incredibly rewarding,” said Dan Wirkkala, Smokey Point Distributing CEO. “Our company is taking ownership of our operational efficiency in good times and bad. Our drivers will no longer be financially affected by a temporary lack of sales, delays due to weather or equipment maintenance requirements or delays in loading or unloading.”

SPD is not the only flatbed carrier to make such a move in recent months as flatbed spot market demand has shown incredibly tight conditions and upward pressure on rates in the wake of the December and April compliance deadlines for the federal electronic logging device mandate. Alabama-headquartered Boyd Bros. began promoting its “Mission Fleet” regional prototype with a similar pay structure in late January. Other truckload carriers, too, have moved in the direction of daily, weekly, monthly or annual guarantees for OTR drivers in recent times as well, including CCJ’s May Innovator of the Month, Vehira Trucking.

Sean McManama, a former driver for SPD who’s now serving as the company’s manager of driver services, said he believes drivers who have grown weary of the cyclical pay typical in the industry will appreciate having a greater ability to build household budgets that can comfortably support their families for the long haul. And through the substantial mileage, safety and referral bonuses they can earn on top of that salary, they’ll welcome the chance to provide their children greater opportunities and build for themselves comfortable nest eggs for their retirement.

“Inconsistent pay, pay cuts or paychecks that aren’t enough to support themselves and their families have historically led to high driver turnover rates in our industry,” McManama added. “Through this new pay program, drivers can experience the freedom of financial independence and some true stability without those ultra-lows that happen often at no fault of their own.”

SPD has been named one of the “Best Fleets to Drive For” in the Truckload Carriers Association’s annual awards program for the past two years, among other accolades.

SPD’s Wirkkala said SPD’s primary need for new drivers is a growing demand for freight capacity among its customers. The potential mileage bonus for high-performing solo drivers is $7,000 to upwards of $16,000 on a high average and the same for teams, for each member of a driving team. “For example, one driver on our beta test program is on track to exceed $16,000 and is closer to $20,000 at his one-year mark, if he remains as focused as he is today,” he added.