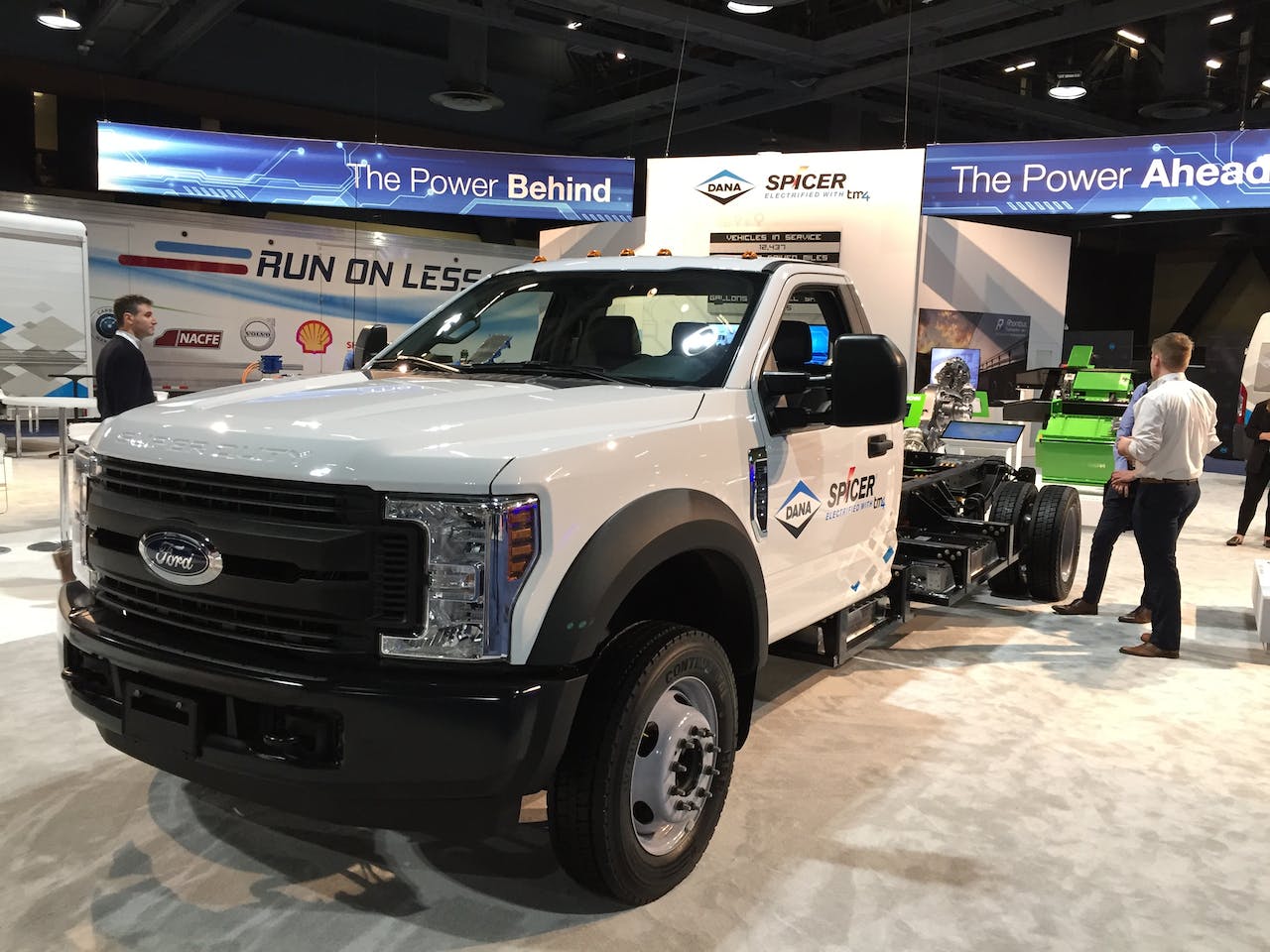 An all-electric Ford F-550 built by Dana and Motiv is attracting plenty of attention this week at the Advanced Clean Transportation Expo in Long Beach, Calif.

Dana’s new TM4 e-Axle, which was unveiled Wednesday, turns the dual wheels at the rear. A 112kWh battery system produced by BMW provides 350 volts which gets the truck up to a top speed of around 70 mph. Range is rated at 90 miles. Gradeability tops out at around 20 percent.

The TM4 is designed to offer ease of installation.

“That’s the benefit of the e-Axle,” Erickson said. “It’s using the same S-110, S-130 style housing that Ford is accustomed to, so a lot of the same bracketry. It’s a nice bolt-on.”

A 24-month payback gets some help from Dana’s estimated 5 percent drop in total ownership costs. The TM4 isn’t limited to just the F-550. 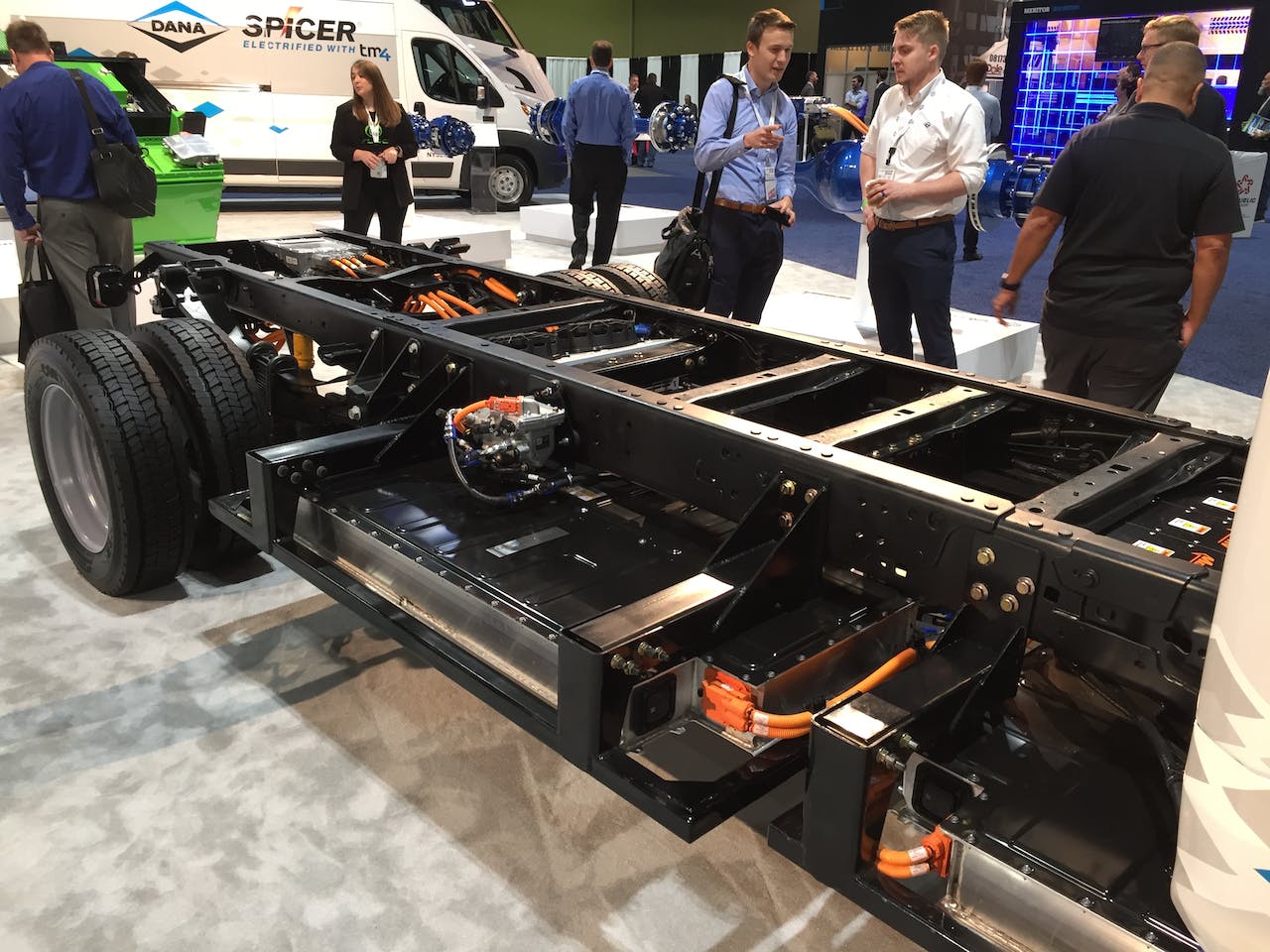 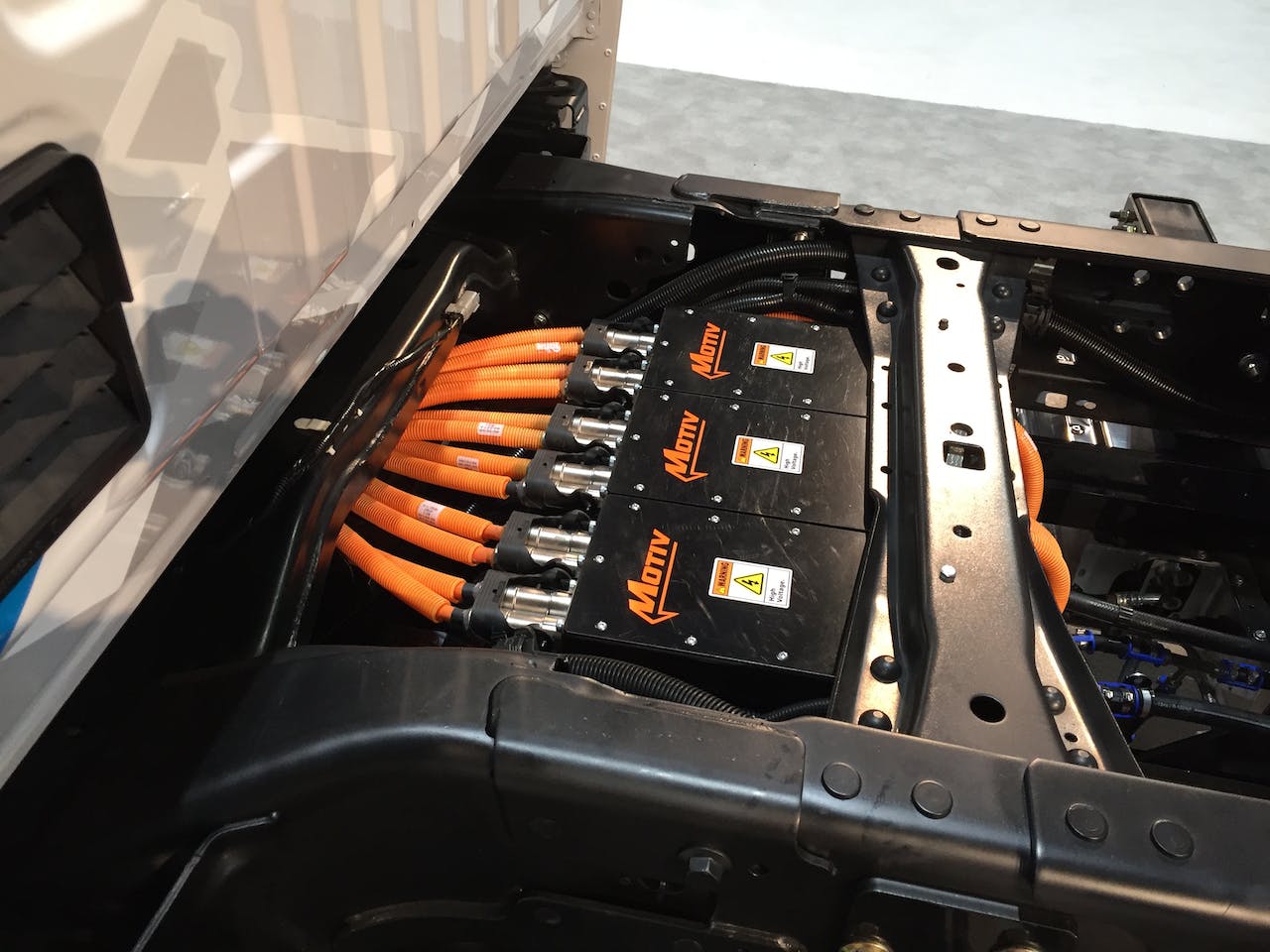 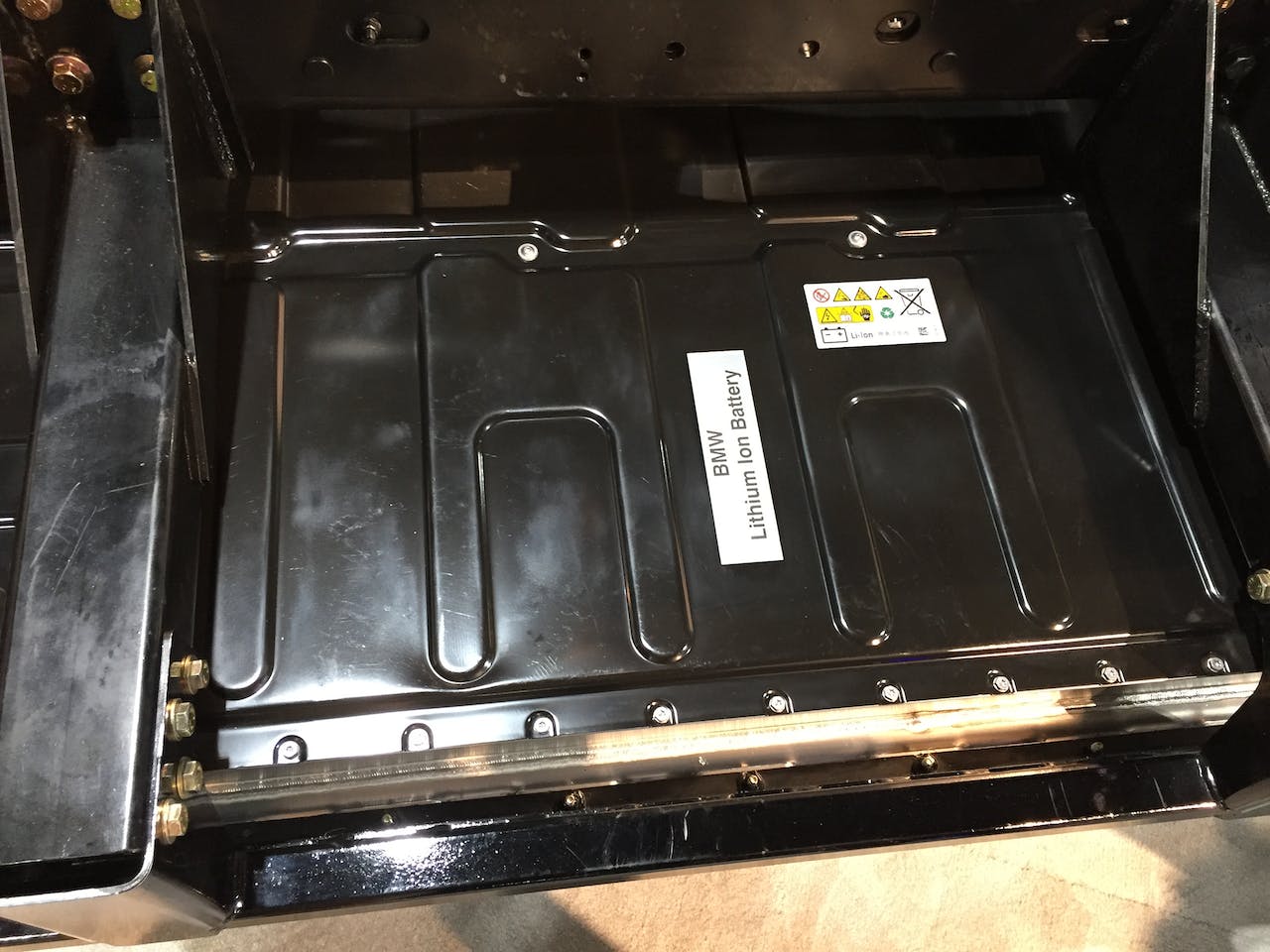 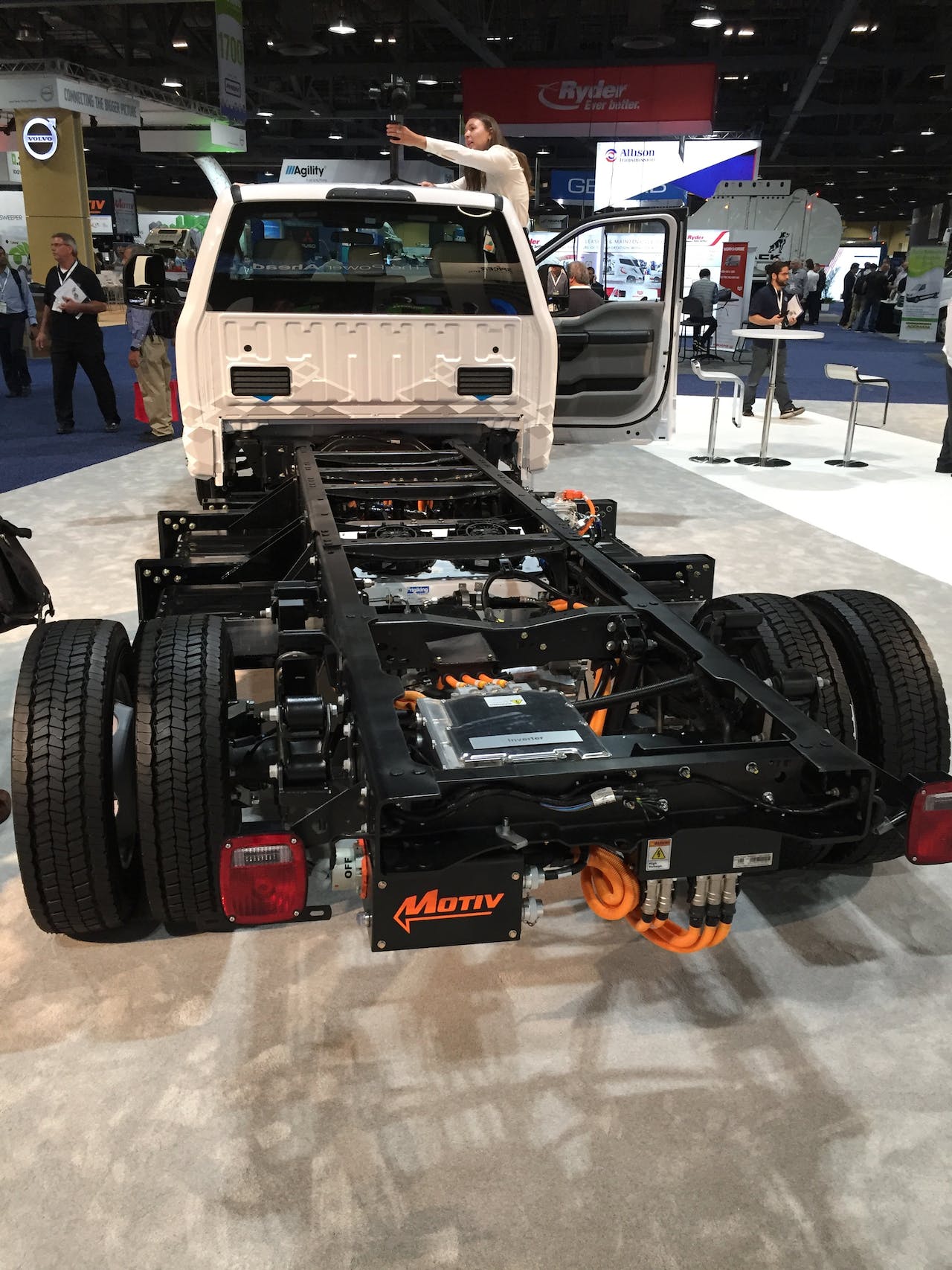 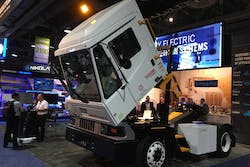 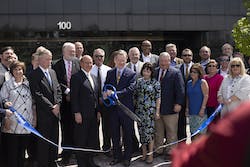 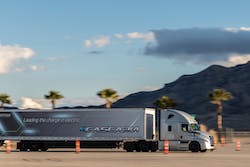