Uber Freight, whose freight-matching platform is geared toward small carriers, released Thursday its first Facility Insights Report, a collection of high-level conclusions based on drivers’ ratings of shippers and receivers.

Of little surprise, the factor that weighed most heavily in drivers’ ratings of facilities was turn-around time at shippers or receivers, both in positive and negative reviews. In positive reviews, quick loading and unloading times were cited 89% of the time. In negative reviews, loading and unloading times were cited in 40% of the reviews, followed by friendliness of staff (26% of reviews) and facility conditions and amenities (18 %).

Like Uber’s ride-sharing service, Uber Freight allows drivers to rate those with whom they do business via a five-star rating program. Uber’s shipper customers have access to the ratings, as do drivers, who can use the ratings to determine whether they want to take a load from that shipper.

Uber says it has collected over 250,000 ratings from truckers since it launched its Uber Freight platform in 2017.

In its first Facility Insights Report, which Uber says it plans to publish regularly, it aggregated 145,000 reviews from January-April of this year.

“Ultimately, drivers care most about efficiency and respect for their service on the road,” Uber’s report states. “The best way for shippers to deliver a great experience and encourage drivers to return…is straightforward — improving the speed within their facilities.” 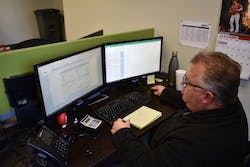 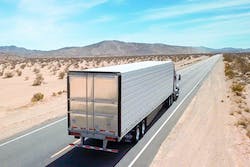 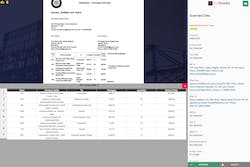