Despite ongoing challenges against its root court decision, lawmakers in California are pressing forward with a bill that its opponents say threatens the traditional owner-operator model in the state. The legislation, AB-5, passed the state’s General Assembly last month and now heads to the California Senate, where lawmakers are expected to take up the bill when they return from recess in mid-August.

If made law, the bill would amend the state’s labor laws to essentially codify the April 2018 decision made by the state’s Supreme Court in the case of Dynamex Operations vs. Superior Court of Los Angeles, where the so-called “ABC test” unfavorable to current leasing models in trucking for appropriate independent contractor classification was used.

The bill, if passed, “would affirm the horrible outcome of the Dynamex case” for companies utilizing independent contractors in core business functions, said Jason Geller, an attorney for firm Fisher Phillips and the managing partner at the firm’s San Francisco office. Fisher Phillips represents employers, including motor carriers.

What’s more, says Geller, the bill also affirms that the Dynamex decision applies retroactively, meaning carriers could face lawsuits for violations that occurred within the four years prior to the enactment of the law.

Employers across various industries have been successful in convincing legislators to grant them exemptions to the AB-5 bill, should it become law. Those mostly include in white collar professions like financial advisors, real estate licensees, healthcare workers, accountants, lawyers and engineers, says Geller. Absent from the list are motor carriers and trucking — and there may not be much hope in securing such an exemption, says Geller, as use of independent contractors by the trucking industry is at the core of the push for the legislation.

The Western States Trucking Association, who is challenging the Dynamex decision in federal court, last week sent an alert to its members, many of them small carriers, attempting to mobilize them against AB-5. WSTA argues that the Dynamex decision has quashed single-truck owner-operators and their ability to lease on to carriers in California. The group also argues it disrupts carriers’ ability to move freight.

“WSTA members are already experiencing the real world ramifications of this overreaching Dynamex decision,” the group wrote in a letter addressed to Assembly Member Lorena Gonzalez, the legislation’s sponsor, in advocating for an exemption for “legitimate owner-operators.”

“Due to the potential liability, some entities are flatly refusing to work with owner-operators,” WSTA adds. “Thus, placing owner-operators – small, emerging, largely minority-owed businesses – who have made large financial investments in their trucks in the terrible position of either taking a loss on their investment by leaving the industry or becoming an employee driver at a reduced rate.  Regardless, annihilation of the owner-operator business model is likely inevitable if further modifications are not made to the ABC test.”

Whether this year or later, “I think we’re going to see a signed bill at some point,” says Geller, though that will likely be after further negotiation in the Senate and between the legislature’s two chambers — the Senate and the General Assembly. Industries, including trucking, are looking for clarity on the issue, he says, adding pressure for California’s legislature to act in some fashion. 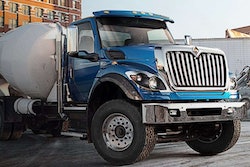 Diesel prices creep up for first time since May