CVSA selected speeding as the emphasis of the blitz for officers, which resulted in 1,454 tickets and 2,126 warnings issued to truck drivers for speeding, compared to 16,102 citations and 21,001 warnings to passenger car drivers for the offense.

During the weeklong crackdown on unsafe driving behaviors by both truckers and passenger car drivers held July 14-20, officers issued a total of 46,752 tickets and 87,624 warnings for traffic violations, including speeding and failure to wear a seat belt. CVSA did not clarify how many of the total violations were issued to truck drivers as compared to car drivers.

Other top violations truckers were ticketed for include failure to wear a seat belt (954 tickets and 586 warnings), failure to obey a traffic control device (426 citations and 871 warnings), using a handheld phone/texting (249 tickets and 170 warnings), and improper lane change (92 tickets and 194 warnings).

Speeding; failure to wear a seat belt; failure to obey a traffic control device; inattentive, careless and/or reckless driving; and possession/use/under influence of alcohol and/or drugs were the top violations for passenger car drivers.

In addition to driver behaviors that led to a traffic stop, officers also issued citations and warnings based on vehicle-related issues during traffic stops. During the blitz, officers issued 6,170 citations and 27,163 warnings to truck drivers for issues such as mirror equipment violations, expired tags, non-working lamps and more. 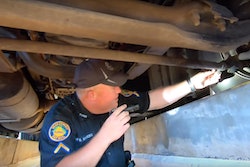 More than 12,000 trucks placed out of service during Roadcheck 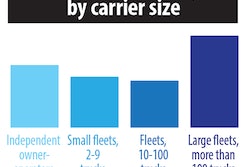 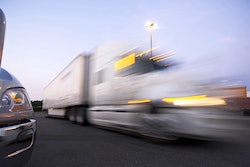