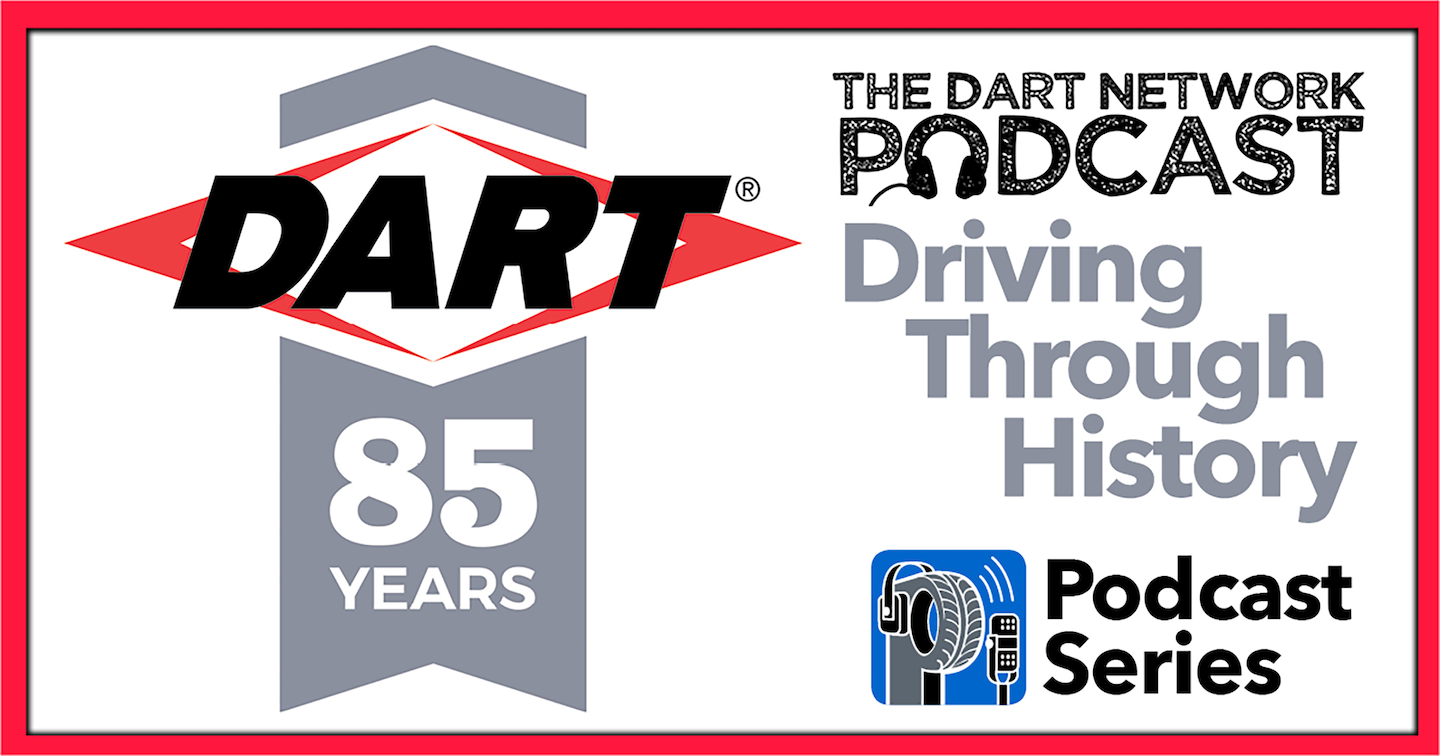 Dart Transit Company, one of America’s largest nationwide transportation service providers, has released a documentary podcast series commemorating the company’s 85th anniversary. Produced in collaboration with the PodWheels Network, Dart’s Driving Through History Podcast Series is a collection of interviews examining the evolution of the company during the past eight and a half decades within an ever-changing trucking industry.

Launched by Don Oren’s father, Earl, in 1934 with a single truck and trailer, Dart has been continuously owned by the Oren family for 85 years. As the series details, the Oren family continues to play an active daily role in the business. Mr. Oren is directly involved in the day-to-day operation of the company, and all three of Mr. and Mrs. Oren’s sons – Dave, Dan and Brad – are leading companies within the Dart Network.

For his interview in the series, Mr. Oren was joined by his wife, Bev, who played an important role at Dart beginning in the 1970s. Through their shared stories and recollections, listeners to Driving Through History will hear Mr. and Mrs. Oren look back at the company’s early years, its growth and its people while also looking forward to what’s ahead for Dart.

Driving Through History is available through the PodWheels Network on a dedicated web page, PodWheelsNetwork.com/85years. The series is also available through Apple Podcasts, SoundCloud.com, Spotify, Stitcher and other popular podcast platforms by searching Dart Network Podcast. Visitors to DartTruckingJobs.com can find the 85th anniversary series in the Podcast section of the website.