The Federal Motor Carrier Safety Administration announced in a Federal Register notice to be published Wednesday, Jan. 14, that it has granted a petition by Vision Systems North America to allow its mirrorless rearview camera systems to be used on trucks in the U.S.

The company’s cameras are used as an alternative to the two rear-view mirrors required by the Federal Motor Carrier Safety Regulations.

VSNA says its Smart-Vision system provides the same functionality and view as traditional mirrors but with high-definition cameras and interior displays. The system consists of multiple digital cameras mounted high on the exterior of trucks, enclosed in aerodynamic packaging to protect the cameras. Each camera presents a high-definition image to the driver through a monitor mounted on each A-pillar in the cab.

The company says its system offers increased field-of-view when compared to conventional mirrors, enhanced vision in inclement weather and low-light conditions and a fail-safe design with independent video processing of multiple camera images.

In its decision to grant the waiver, FMCSA says the system eliminates blind spots on both sides of the truck and expands field-of-view by an estimated 25%.

Diaby was president and sole owner of the trucking company 4 U Logistics. FMCSA says that on Dec. 12, 2019, while en route from Missouri to Colorado, Diaby was observed driving erratically and was stopped by the Kansas Highway Patrol. He failed a field sobriety test, recording “a significantly elevated blood alcohol level,” FMCSA says. Officers also found opened alcoholic beverage containers in the cab. He was previously convicted of having opened alcoholic containers in his truck in spring 2018.

During the Dec. 12 traffic stop, KHP officers found that his company had been ordered by FMCSA 11 days earlier to cease all operations after receiving an “unsatisfactory” safety rating following a safety investigation. Additionally, on Dec. 6, Diaby was stopped in Ohio for a roadside inspection, where officers found records-of-duty status violations. 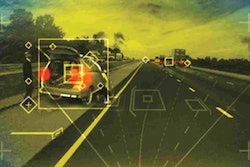