Several projects I’m currently involved in have me thinking about cruise control. Although this technology has been around for a long time, it does not get much attention. However, it has been quietly evolving, changing its role in recent years and is likely to keep adapting.

In the beginning, cruise control had a simple job: maintain a set speed.  It was a driver convenience to ease fatigue by removing the need to hold the throttle down for hours on end. Simple to understand and easy to operate, cruise control also had the added benefit of improving fuel consumption for many drivers in most situations. These days we often refer to this system as conventional or basic cruise control.

Cruise control got slightly more sophisticated when additional engine parameters became adjustable. These parameters allowed the driver (or perhaps the fleet) to adjust the speed band above and below the target speed before cruise control took any action to either accelerate or slow the truck. The result was slightly better fuel economy though perhaps at the cost of intuitiveness.

These systems, called predictive cruise control (PCC), combined maps that were either stored from a previous trip or pre-programmed with the truck’s location to adjust speed more efficiently for the terrain. With this change, cruise control became adept at handling more situations and solidified its role as a fuel-efficiency tool.

In the latest iterations, cruise control has become even more sophisticated, complete with names, more acronyms and more capability. Many new trucks now are equipped with adaptive cruise control (ACC), a system that can maintain a specified gap to the vehicle in front of it.

The most advanced systems are part of a suite of systems and sensors that detect and track the road and a number of objects in front of and around the truck at all times. While reduced driver fatigue and fuel economy still are benefits of cruise control, the technology is now part of a truck’s active safety system. This is confirmed by the fact that several truck OEMs now include ACC and the associated safety systems as standard equipment on their vehicles.

All that is a good thing. Drivers (both the ones in the cab as well as the ones in front of and around the truck) are better off if there are fewer collisions. The evolution of cruise control shows how what started as a relatively simple technology that has been around for a long time can continue to get smarter and better.

And the evolution is likely not done yet.

The role of cruise control may continue to change as we start bringing electric trucks to the road. I had the privilege of participating in the Department of Energy’s 2020 Annual Merit Review for Vehicle Technologies. One of the projects I reviewed focused on ways to extend the range of an electric truck by modifying the way it is driven.

The logic makes sense. To extend the vehicle’s range, you can buy 30% more battery which increases cost, weight and charge times, or you can find ways to operate the truck more efficiently to get the same range. Cruise control wasn’t specifically mentioned, but it would seem to be a good way to implement that change.

If that happens, it may mean that cruise control has changed its role once again from an important safety device to one critical in allowing a truck to do its job.

Amazing how things can evolve.

Yunsu Park is the Director of Engineering for North American Council for Freight Efficiency (NACFE) and an independent consultant in the trucking industry. He has authored several Confidence Reports for NACFE in addition to the summary report for 2017 Run on Less. 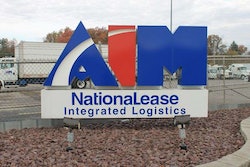 ‘How do you build a safety culture?’ Top 250 fleet AIM holds week-long safety event with 1,100 employees