Fuel programs are one of many benefits fleets use to recruit and retain owner-operators. Giving them fuel cards and discounts at fuel stops is standard fare. Many fleets also are paying a fuel surcharge on loaded miles. Some even pay a surcharge on deadhead miles.

For more than 12 years, a Canadian company has taken a different approach. Berry & Smith Trucking has diverse freight runs, so its fuel reimbursement program had to be different from the start.

When fuel prices spiked in 2000, Berry & Smith started offering drivers a price cap for fuel, a program that remains in effect. Drivers still purchase their fuel using company cards, but instead of paying the price at the pump, their purchases are reconciled monthly from their settlement checks at no more than $0.47 per liter – about $1.78 a gallon.

The intent of the program is to make fuel costs affordable and predictable for drivers, says Dorothy Vankoughnett, IT manager and controller at the Penticton, British Columbia-based fleet. The company has maintained its price cap at $0.47 per liter, even with fuel prices today more than double what they were in 2000.

Rather than reimbursing drivers for fuel on a cents-per-mile basis, Berry & Smith’s price cap gives drivers an easy way to budget and forecast their fuel costs for each load, regardless of the route, weight, miles and pay structure. Drivers know their fuel costs long before they get a monthly settlement.

Suppose a driver is trying to choose between two loads that have the same mileage, the same base rate of $750 and the same fuel surcharge of $250. While the total revenue is the same, one load is 10,000 pounds and moves on a flat terrain, while the other is 40,000 pounds and travels through the Rockies.

Instinctively, the driver knows that the 40,000-pound load will consume more fuel, but he also must consider deadhead mileage. If the 10,000-pound load has more deadhead, which one is the most profitable? With either load, the driver cannot determine quickly if the fuel surcharge is fair compensation.

The problem becomes more complex if the driver is paid hourly. With the fuel cap program, drivers have a consistent way to budget their fuel costs for any load, whether they are paid by the hour or the mile.

One size fits all

Berry & Smith was started in 1954 when Stu Berry and Ted Smith began hauling coal in the winter and fruit in the summer in Penticton. The company added a bus fleet to its trucking operations in 1964 by acquiring the Penticton school bus contract; it later added the city’s transit bus contract in 1977.

Over the years, the company has expanded its menu of services to include dry van, flatbed, intermodal, specialized and hazmat, with full operating authority to all of the lower 48 states and Canada, though it is primarily a regional carrier with offices in Penticton, Vancouver and Calgary.

The company pays drivers – both company and owner-operators – by the mile and the hour depending on the nature of the job. The fleet is comprised of 85 owner-operators and 25 company drivers, a mix designed to ensure customer service; company drivers and trucks give Berry & Smith the flexibility to operate double shifts and do “that extra thing for the customer,” Vankoughnett says.

With diesel prices at $4 per gallon, Berry & Smith’s price cap is saving drivers about $2.20 per gallon on fuel purchases. Assuming a driver gets 6.0 mpg, the rebate he is getting from the price cap is equivalent to a fuel surcharge of $0.37 per mile, loaded and empty.

When comparing this to the fuel surcharge programs that major carriers explain on their Websites, it becomes apparent that Berry & Smith has an aggressive strategy. The company never has decreased its base pay to compensate for its generous fuel program, however; drivers’ base pay actually has increased, Vankoughnett says.

The fuel program also gives Berry & Smith more ability to manage its pricing with customers to be compensated fairly for fuel. “We’ve had to walk away from customers that won’t compensate for fuel properly,” she says. “At the end of the day, that’s the way to go. We are on the high side when it comes to fuel.”

When fuel prices spiked dramatically in 2008, management turned its attention back to the fuel program to improve the difference between the fuel surcharge it got from customers and the fuel subsidy it was paying drivers.

The company needed to improve overall mpg and decided that drivers who were making an effort to improve their own fuel efficiency should be rewarded. The company already knew how its drivers were performing because in 2007 it started requiring owner-operators to use its onboard computing and communications system, which extracts fuel data from vehicles.

The incentive program works by setting aside a pool of money each month based on the number of active trucks. Vankoughnett creates a target mpg based on driver performance from the previous month; she also sets a target for long idle gallons and excess speed, again based on results from the prior month.

Drivers lose points based on underachieving the targets for mpg, long idle gallons and speed; mpg has 200 points, and drivers lose 10 points for every 0.01 mpg they are under the target. Long idle and speed are 45 and 30 points, respectively.

Each point is worth $1. Drivers can retain the full 275 points per month if they meet or improve on all three targets. About 10 percent of the fleet achieves the full $275 incentive each month, Vankoughnett says.

With each settlement, drivers receive a printout of their performance compared to the average payout. A few drivers end up in the negative each month, but the company does not charge back fuel costs, she says.

Berry & Smith has had to tweak its driver incentive program to deal with exceptions that might cause dissention in its ranks. Vankoughnett created a spreadsheet program to manage the settlement process and the fuel incentive; she compares ECM fuel data to the actual fuel consumption based on miles and purchase data to “make sure nothing is wrong with the ECM.”

The program also looks at how many gallons drivers purchased and what they burned; drivers with minimal miles are not eligible for the fuel incentive. The program also segments drivers that pull heavier loads such as wine containers through the mountains; this group of drivers has to meet 90 percent of the mpg target to qualify for the fuel incentive.

Overall, the incentive program has made drivers more aware of their driving behavior and its effect on fuel consumption. Drivers typically reset their in-cab display at the beginning of each month to keep track of their mpg and idling to qualify for the monthly incentive, Vankoughnett says.

As a whole, the fuel subsidy and incentive programs are a big reason drivers are signing up and staying with Berry & Smith. “We have drivers that come in and say, ‘I don’t know how you guys manage to do this. Not many companies can do this,’ ” she says. “Since day one, we have recognized that fuel management is very important.” 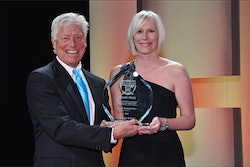 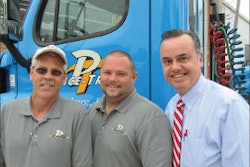 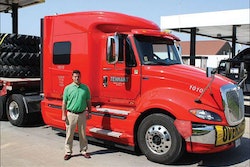 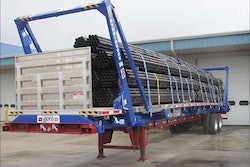