When it comes to innovators in transportation, Christopher Columbus has to be high on the list. I’d go so far as to say he’s the original American owner-op, a guy who felt he was going nowhere working for big fleets, who used his experience and determination to get a small business off the ground, who had some early success then over-extended and over-promised until the bankers came after him. It all ended in litigation.

Google Columbus and more than a few biographical articles about him could have been about the founders of modern U.S. trucking companies (skipping all that nasty business about imperialist genocide).

Here’s an example from a piece in Smithsonian magazine, and you’ll find something like it in the corporate history pages of plenty of commercial carrier websites, especially of companies with a family name on the trailers:

“Columbus was not a scholarly man. Yet he studied books, made hundreds of marginal notations in them and came out with ideas about the world that were characteristically simple and strong and sometimes wrong, the kind of ideas that the self-educated person gains from independent reading and clings to in defiance of what anyone else tries to tell him.”

The whole Age of Discovery was really about trade and economic globalization. Columbus was among the entrepreneurs who hoped to make his fortune in the recently deregulated freight transport industry. (By deregulation, I refer to the fall of the Byzantine empire and the disruption of the tightly controlled and heavily taxed overland trade routes between Europe and the East, the Silk Road.)

The first wave of the next generation traders got to Asia by sailing around Africa, as everyone learns in elementary school history lessons. But Columbus had a different plan for taking costs out of the supply chain: He’d reach the Indies by sailing west across the Atlantic – if only he could get someone to back him.

And this is where that grade school version of Columbus goes off course. Turns out the whole flat-Earth nonsense was made up by author Washington Irving in a popular biography published in 1828. Columbus, and any saltwater sailor of his day, knew the world was round. Most educated people had known it since the time of Aristotle.

What’s still debated, however, is whether Columbus was conveniently misinformed about how far around the globe Asia truly was. The size of the planet had been calculated more than 1,500 years earlier and the measurement was widely known among scholars – but confusion about the units of distance those clever ancients had used meant that, in Columbus’s day, there was still some wiggle room.

And Columbus, in order to get that first loan, fudged the number in his favor, estimating the sailing distance to be something like an achievable 3,000 miles. (The true distance was four times that, and no ships of the time could carry enough food and water for such a voyage.)

But not only did he deceive his royal Spanish backers, he had to trick his crew as well. Yes, he cheated on his log books so his men wouldn’t be freaked out by knowing how far they’d come.

Though his math might have been suspect, Columbus did have a pretty good handle on Atlantic trade winds, based on his experience and sailing connections. And any small fleet owner-operator today can appreciate his ability to get the most out of some second-hand equipment. (American tractor-trailer rigs are longer than the decks of the ships on the 1492 voyage, by the way.)

Still, imagine his surprise when he did actually make landfall some 3,000 miles out.

The rest, as they say, is history – confused and confusing as it may be.

Bottom line: Columbus had a plan and he stuck to it, for better and worse.

Or, as Arthur Goldberg, once the Secretary of Labor, a Supreme Court Justice and Ambassador to the United Nations, said: “If Columbus had an advisory committee he would probably still be at the dock.” 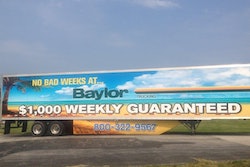 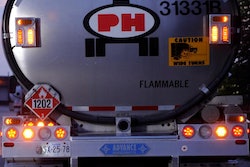 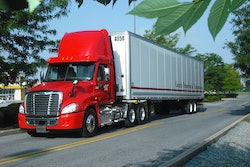