Tough road ahead for infrastructure funding

The window of opportunity for a near-term fix for funding highways and other infrastructure in the United States is closing over the next year with the 2014 expiration of the Moving Ahead for Progress in the 21st Century surface transportation reauthorization, said Drew Preston, manager of congressional and public affairs for the U.S. Chamber of Commerce. Speaking as part of the Commercial Vehicle Outlook Conference in Dallas, part of Randall-Reilly Business Media’s Intersection 2013 series of events, Preston emphasized the difficulty of capturing Congressional attention on infrastructure even as Highway Trust Fund revenues are projected to run out by the beginning of federal Fiscal Year 2015.

While MAP-21 was heavy on federal surface transportation program reform, Congress more or less “punted on the money piece,” Preston said, funding still in shambles following the “Bridge to Nowhere” disaster of the previous SAFETEA-LU highway authorization. Meanwhile, “60,000-plus bridges around the nation that are actually in great need of repair” have been the “biggest losers.”

From an appropriations perspective, transportation funding is “only the tip of a budgetary iceberg awaiting us this fall,” he said, which would be dominated by tax-reform and other efforts to address the broader “pattern of careening or lurching from one fiscal crisis and corresponding political stalemate to another.”

Throughout the Congressional fights over the budget, “longstanding assumptions” about transportation infrastructure funding are being called into question. Ideas once considered unthinkable, such as “devolving the entire highway program to the states,” Preston said, have become popular among some factions in Congress. The current fuel-tax-based “user-pay model is also being called into question” as public-private partnerships on discrete projects become more attractive.

In the near-term, however, he added, the “federal government should not pass the buck” on infrastructure with continued borrowing from the federal general fund to shore up the highway account, and “we see the broader fiscal and budgetary problems as the real opportunity and fix transportation. We can’t lobby just for a one-off fix for transportation.”

The Chamber joins the American Trucking Associations and other industry representatives in supporting a hike in gas and diesel taxes near-term, but long-term, all revenue sources will have to be utilized among the different options, Preston said. The Chamber feels “there is no path to a 21st-century infrastructure … without increasing both public and private investment in infrastructure.”

The Chamber of Commerce is currently working with Congressman Mike Rogers of Alabama on establishing a Congressional caucus on Public-Private Partnerships for development of infrastructure of all types. 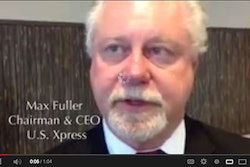 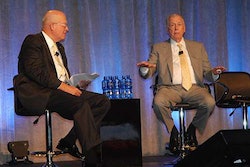 T. Boone Pickens talks about the future of gas 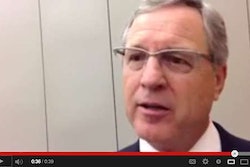