Defensive maneuver glues driver to shoulder — was this accident preventable?

CCJ Staff
Apr 12, 2021
This video is an adaptation of a scenario from CCJ’s Preventable or Not manuals. It is presented via a partnership between CCJ and Instructional Technologies.

Trucker John Doe was eastbound on a divided four-lane highway in Kansas, and a steady morning rain made the commute a little slick.

About 600 feet up ahead was a flatbed trucker in the same right-side eastbound lane.

Like John Doe, the flat-bedder was going slightly below the posted speed limit. Suddenly, Doe noticed a westbound straight truck drifting out-of-control across the grass-covered median. The truck veered directly into the path of the flatbed truck who had banked left and braked hard.

The two trucks collided at a speed close to zero, but in the process blocked both lanes. While braking, Doe steered onto the shoulder to avoid a tragedy.

The muddy shoulder caused Doe’s vehicle to slide partially off the road and get stuck.

Upon review the National Safety Council ruled it was nonpreventable.

Specifically, the agency ruled that John Doe had: 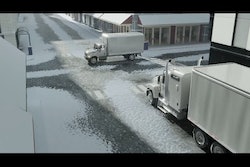 Trucks collide at icy intersection. Was this crash preventable? 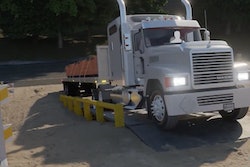