It was 10 p.m. with fair weather and light traffic, and trucker John Doe was blasting his favorite country-western station on satellite radio just outside of Frankenstein, Missouri. Doe was hauling a load of jack-o-lantern carving kits from National Big Box Store back to the warehouse where they'll sit until next season.

Youth rifle season kicks off in Missouri October 29 and, being a single man, Doe was already thinking about whose kid he could borrow when he got home so he could legally climb into his tree stand and harvest some deer meat. "I'll call Avery Smooter! He's a golfer," Doe said, rolling his eyes, "and that kid needs to get his face out of that Nintendo."

As Doe's luck would have it, just as his tractor-trailer began to descend a steep grade, a six-point buck raced across the highway from the opposing side.

Doe climbed on the brakes, and in a desperate attempt to avoid hitting the deer he steered his tractor hard right, partially off the roadway. As a result, he missed the deer but sideswiped the guardrail – the only thing keeping his rig from plunging off a deadly drop-off – and destroyed his right front fender.

Doe's fleet manager charged him with a preventable accident, saying that Doe should have chosen to hit the "soft target" (the deer), rather than wrecking his truck and nearly killing himself in the process.

Doe appealed to the National Safety Council’s Accident Review Committee on the basis that he had no way of knowing the deer was going to rocket in front of his cab, and that he had to make a split-second decision on what he was going to hit, because he was certainly going to hit something. The agency upheld the preventable ruling. By reacting as he did, Doe easily could have driven his big rig through the guardrail and off the side of the mountain, probably resulting in his own death. In sum, it would have been far safer to have kept his rig on the road and flattened the deer. Had he struck the animal, the accident probably would have been ruled non-preventable. 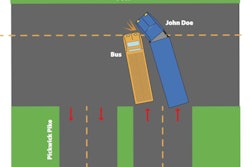 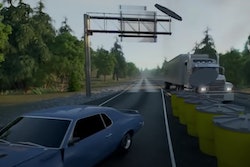 Car crashes attempting last-second pass of tractor-trailer — Preventable or not? 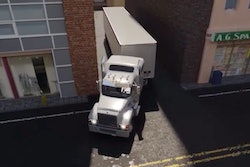 Mustang sneaks into path of trucker in reverse — Preventable crash or not? 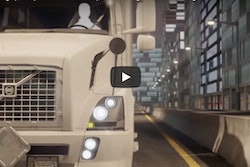 Quick-passing motorist clips trucker making a U-turn — Preventable or not?