The final defendant in a multi-person indictment was sentenced to federal prison on Thursday, effectively bringing to a close the criminal activities of an eastern Arkansas drug trafficking and money laundering organization, which involved a trucking company.

Last week, U.S. District Judge James M. Moody sentenced Termaine Ontario Slaughter, 36, of Parkin, Arkansas, to 90 months in prison and five years of supervised release. On Nov. 18, 2020, Slaughter pleaded guilty to one count of conspiracy to possess with intent to distribute methamphetamine and one count of conspiracy to commit money laundering. Slaughter is the fourth and final defendant to be sentenced in an indictment that was filed on June 6, 2018. Three of the defendants received federal prison sentences.

According to the U.S. Attorney’s Office for the Eastern District of Arkansas, beginning in 2014 and continuing through 2018, Slaughter, Demario Smith, 40, of Southaven, Mississippi, Elliott Davis, 41, of Colt, Arkansas, Montana Smith, 45, of Parkin, Arkansas, and others were involved in the distribution of methamphetamine in the Forrest City, Arkansas area.

An extensive analysis of records from the trucking business and rental properties showed that from 2013-2017, Slaughter’s personal and business accounts had $733,811 in deposits coming from unidentified sources. Analysis showed that there were $877,359.60 in cash expenditures on vehicles and other items that did not come from the accounts, including the purchase of tractor-trailers for the trucking business.

Bank records revealed that cash deposits in amounts under $10,000 were systematically made at bank branches in Memphis, Mississippi, and Arkansas, with corresponding amounts of cash being withdrawn from other bank locations on the same date or close in time.

During last week’s sentencing hearing, in addition to receiving his prison sentence, Slaughter agreed to forfeit numerous firearms and five vehicles, including four over-the-road trucks used by Prudent Transport, and a Dodge Challenger.

One recall affects approximately 19 model year 2022 Peterbilt 567 and 579 models, in which the electronic stability control (ESC) malfunction indicator lamp may not illuminate, which is a violation of federal vehicle safety standards.

Dealers will reprogram the ESC system for free to fix the issue. Owners can contact Paccar customer service at 1-940-591-4220 with recall number 21PBL. NHTSA’s recall number is 21V-719.

The other recall affects approximately 15 model year 2020-2021 Peterbilt 520 trucks, in which the quick release valve on the rear brake signal hose may be missing, which is also a violation of federal vehicle safety standards. A missing quick release valve cannot ensure correct rear brake release timing, increasing the risk of a crash or injury.

Dealers will inspect the affected trucks for a missing quick release valve and install one if necessary. Owners can contact Paccar customer service at 1-940-591-4220 with recall number 21PBK. NHTSA’s recall number is 21V-720.

A specially wrapped Kenworth T680 Next Generation model will transport the 2021 U.S. Capitol Christmas Tree from California to Washington, D.C., with a full slate of community celebrations during the journey.

This year’s U.S. Capitol Christmas Tree – an 84-foot tall White Fir – is scheduled to be harvested Oct. 25 from the Six Rivers National Forest in California. The tour theme is ‘Six Rivers, Many Peoples, One Tree’.

The scheduled tour stops along the route include: 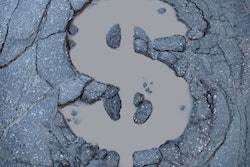 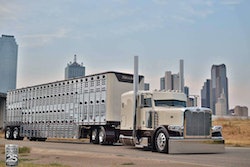