OEM engineers tend to deal with the impossible on a fairly regular basis.

A favorite poster I’ve seen in a number of engineering offices goes something like, “The difficult we do immediately, the impossible takes a little longer.” I’m told this was the unofficial motto of the U.S. Army Corps of Engineers in World War II, but I’ve seen it in aerospace, trucking, national laboratories and even in garage shops.

Full transparency here: I suffer from what Dilbert so aptly labeled an affliction. I’m an engineer. Or at least I used to play one at work. I’ve had decades of watching Star Trek reruns where Chief Engineer Montgomery Scott would face the impossible, grumble that it can’t be done, then magically go off and do it in half the time possible, and just in the nick of time to avoid catastrophe. “We need warp drive in five minutes or we’re all dead.” At 4:55, the engineering miracle happens.

On the SuperTruck 1 program, the Department of Energy applied what they believed were really aggressive freight efficiency goals: To demonstrate a 50% freight efficiency improvement over a base Model 2009 tractor and standard 53’ trailer. Needless to say, all four participant teams knocked that one out of the park in the roughly four-year program with fuel economies over 10 mpg at 65,000 lbs.

In 2017, NACFE’s first Run on Less event then showed production-level trucks driven by great drivers could exceed 10 mpg. From 2009 to 2017 is roughly one to two model iterations for OEMs. The latest production models are even better. Impossible didn’t really take that much longer.

I can think of a hundred other examples where “can’t do that” showed up in the discussions before someone went off and did it. I’m a child of the 60’s. Remember driving without seat belts? Driving without airbags? Driving without automatic transmissions? Driving without crash absorbing structures? Driving with high emissions and leaded fuels? Remember gas guzzler cars where the metric probably should have been gallons per mile rather than miles per gallon? Remember when there wasn’t a single computer on a vehicle?

Facing down impossible is like Tuesday for OEM engineers. The most challenging things seem to be costs; the “we can’t afford it” question. Well, that one always seems the last-ditch argument for not doing something, and its usually fairly quickly proven inaccurate. I would have told you in 1990 that spending $500 to $1,000 on a phone every couple of years would be unsustainable – the realm of fantasy – yet here we are today. And just how many computers are actually on your vehicle today? I’ve lost count. The recent supply chain issues have highlighted that there are a lot, judging by how every OEM had to reduce production to deal with microchip shortages.

Where am I going with this “thought leadership” blog? Just that focusing on the negative tends to be a losing argument. Sure, like weather predictions and stock pickers, getting one right every so often emboldens people, but in the long run, the smart money is on the innovators. I recall a conversation with a venture capitalist back in 2007 about his company’s approach to investing in innovation. He said they invested in 10 start-up companies knowing full well that nine would not be very successful or would fail, but the one that was successful was going to be a Microsoft, an Amazon, an Apple, a FedEx, etc.

The tactical level may be blurry and surrounded by the fog of business war, but at the strategic level technology tends to win out. Some of the entrants fail, some succeed but are absorbed by others, and still others become stellar industry icons.

I am excited that we now are seeing so many new entrants into trucking; so many companies that have never built a truck before are now thinking they can be competitive. Competition is the heart of innovation. For much of my career, the number of significant Class 8 OEMs in North America could be counted on one hand. Now you have to use both hands and your feet to start the list. Even the cabover companies from Europe and Asia are seeing an opportunity in the North American market. Wow, cabovers. There’s one some people probably never thought would come back.

Yes, some of the technology ideas may seem on the verge of crazy, but all the ideas for improving freight efficiency have some possibility of succeeding. The probability for each is never zero. The potential for innovators to learn from each other and adapt and apply other innovator’s work is massive today (what marketing people refer to in advertising as synergy). Looking for the opportunity is what capitalism is all about. There is no shortage of opportunity in freight efficiency improvement today.

Technology is a journey, not a destination. The innovators always are searching for new solutions and the more of them searching, the more likely significant change will happen. 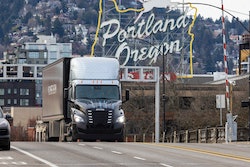 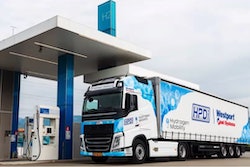 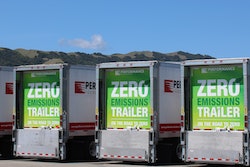