The 9th Circuit Court of Appeals on Wednesday, Feb. 24, upheld aspects of the Port of Los Angeles’ concession agreements with trucking companies, required by the port to participate in its Clean Trucks Program. The American Trucking Associations argued the agreements violate federal deregulation laws by requiring drivers to work for trucking companies as opposed to remaining independent owner-operators if they choose to do so.

The three-judge panel’s decision allows the port to continue enforcing provisions of the concession agreements that it says pertain to motor vehicle safety. Trucking companies still must submit financial reports, parking plans and records on driver training, vehicle maintenance and insurance. While the justices admitted flaws in the concession agreements, they ruled those provisions may be “severed” without affecting the whole contract.

Los Angeles Mayor Antonio Villaraigosa hailed the ruling. “The concession agreements with hundreds of trucking companies has helped put more than 6,000 clean trucks on the roads around the port, reducing port truck emissions by at least 70 percent,” Villaraigosa says. “We are hopeful that the trial court will uphold the full concession agreement to provide full accountability and sustainability of the Clean Trucks Program in the future.”

The court sided with ATA that the port should not require drayage trucks to display information on placards other than that required by the U.S. Department of Transportation.

ATA spokesman Clayton Boyce says the overall ruling was “not significant. It doesn’t change the status quo at all. … We’ve already won the bulk of the case.”

ATA, which settled with the Port of Long Beach in October, won most of its case against the Los Angeles port last year and appealed issues that it lost. Final arguments in the case, pending in federal court in Los Angeles, are set for March.

ATA had filed its final response brief last month seeking summary judgment in certain aspects of its challenge to the Los Angeles port’s concession plan. Among other things, ATA had asked the court to find in its favor the legal issue of whether the port’s concession agreement had a sufficient impact on motor carrier rates, routes and services to fall within the federal pre-emption provision. Legal issues requiring further factual development will be the subject of next month’s trial. 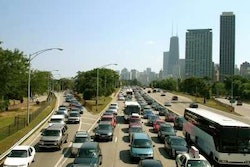 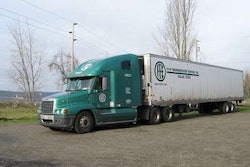 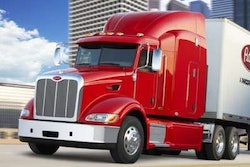