As a motor carrier, we provide substantial service to a major printer with a logistics company that went bankrupt. We were awarded critical vendor status and were paid our then-outstanding receivables. Although the bankrupt has not reneged on its promise to pay the balance due, we now have been sued for a “preference” action, and the litigation trustee seeks from us all freight charges we were paid within 90 days of bankruptcy. We had no prior notice of the bankrupt’s filing and were paid regularly up until the time it filed. What are we to do?

If misery loves company, then there is quite a party going on. It appears this litigation trustee has sued every carrier for every dollar the bankrupt paid within 90 days of its filing. A sum total of 435 carriers, brokers, freight forwarders and commercial factors have been sued for more than $63 million.

That may be the purpose behind the Bankruptcy Code, but in practice, something far different occurs. Under 11 U.S.C. 547, the lawyers acting on behalf of the bankrupt or the Unsecured Creditors Committee merely can sue all unsecured creditors for every payment they received within 90 days of bankruptcy and shift the burden of proof to the creditor to show that the payment was “received in the ordinary course” or otherwise subject to some statutory exception.

The cost of defense can be mitigated by joining together with other similarly situated motor carrier victims.

It must be difficult to believe under bankruptcy law a payment is received “outside the ordinary course” and may constitute a preference even if it is received extremely late. Shippers and brokers that are having a hard time paying their secured debt or that have a sweep account with their lender typically delay paying their motor carriers during the 90-day window before they file bankruptcy. Although late payments of receivables are prejudicial to carriers, not preferential, the plaintiff’s lawyers will argue slow pays constitute a legal preference that must be returned to the estate.

In my opinion, this result is extremely unfair and often results in litigation against victims that benefits only the lawyers and does not result in any equitable reallocation of payments. Huge sums of money can be involved in preference actions, and motor carriers are easy targets for suit. Motor carriers typically do not get interest or attorney’s fees for late payment and have little leverage to force timely payment as shippers and brokers face insolvency. Yet, because of preference action possibility, carriers always must be worried that whatever late payments they do get, they ultimately will not be able to keep them.

You should take some heart, though. Your case will be litigated heavily, and there will be consolidated defenses raised. The cost of defense can be mitigated by joining together with other similarly situated motor carrier victims.

Unfortunately, you have no recourse but to hire good counsel and fight the lawsuit filed against you. Preference actions are nothing new, and the law needs to be changed.

For now, consider them another good reason for motor carriers to insist upon “cash and carry” credit terms and to eschew giving shippers or carriers interest-free loans for freight charges.

* FreightWatch International said that cargo theft industrywide rose by 12 percent in 2009 to an average of 72 incidents per month, the most ever recorded. Electronics, the industry hit most heavily by cargo theft, accounted for 23 percent of total theft activity, with an average loss value of $806,000 per incident, followed closely by the pharmaceutical sector.

* Pipeline and Hazardous Materials Safety Administration is seeking a fee increase for registration year 2010-2011 and following years from $975 to $2,975 plus a $25 administrative fee for hazmat shippers and carriers not qualifying as a small business or not-for-profit organization. PHMSA says the increase is needed to fund the Hazardous Materials Emergency Preparedness grants program.

* Compliance with the California Air Resources Board Transport Refrigeration Unit regulation’s in-use performance standard now is required for any pre-2003 TRU operating in California. CARB says inspectors will issue citations to owners of California-based TRUs that have failed to register or affix identification numbers to their TRUs, with penalties up to $500 per violation.

motor_carrier_interests.pdf; and the article “Bracing for Bankrupt Customers” at www.transportationlaw.net/articles/oct00article.html. 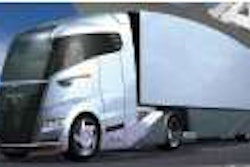 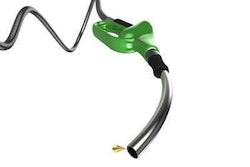 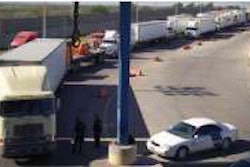 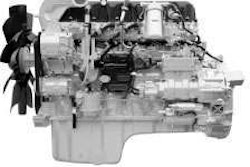