Hubbard was recognized for saving the life of a young man who was trapped inside a burning car. On Nov. 13, 2009, at about 3:35 a.m., Hubbard had just made a delivery and was heading east on Interstate 60 in California when he came across flames from a car that was on fire. The car appeared to have smashed into several steel poles and had come to rest in a ditch against a 40-foot high embankment. It had gotten tangled up with a chain link fence and had pieces of the fence both on the roof and underneath the vehicle.

“As I stopped my truck and got out, I expected to see people standing around watching the fire, but there was no one,” Hubbard says. “And then I saw two heads inside the car and realized lives were at stake.” Hubbard emptied his fire extinguisher, as well as a second extinguisher that was tossed down to him by someone at a hotel located high above on the embankment. The extinguishers slowed the flames but could not put them out.

With the fire intensifying, he saw that the driver was motionless and was probably dead from severe injuries. However, the passenger was still alive, pinned on all sides by the crushed car and unable to unbuckle his seatbelt by himself. With adrenaline giving him an extra boost of energy, Hubbard somehow was able to pull the fence and collapsed roof off the car so the passenger could escape.

“I don’t care how badly you’re hurt, you have to crawl out of here… go… go!” Hubbard screamed at him. “If you don’t move, you’re going to burn to death!” Within seconds, Hubbard was pushing the more than 300-pound man up the hill to safety as flames fully engulfed the car.

Throughout the entire event, hundreds of cars passed by on the busy 7-lane highway, but – other than the original truck driver who called 911 as he passed by and then returned to the scene, and the hotel employee who tossed down the fire extinguisher – not a single person stopped to help. The 23-year old victim who was saved by Hubbard sustained broken cheekbones, several missing teeth and deep cuts around his knee. The 20-year old driver was pronounced dead at the scene.

The California Highway Patrol was so impressed with Hubbard’s heroism that it presented him with a Certificate of Commendation on March 8. He also received an award from the L.A. County Supervisor, as well as a Gold “R” certificate from Ruan. Hubbard is glad things turned out as they did. “I could have just kept on going when I saw the fire, but I didn’t,” he says. “One family had to deal with burying their son that day. I’m glad at least a second family didn’t have to.”

Brooks helped a woman and three children who were trapped inside their overturned SUV. On Feb. 15 at about 6:10 p.m., Brooks was driving along Interstate 94 east of Jamestown, N.D., when a female driver passed him. He estimates she was going about 70 mph and that the temperature was about -20 Fahrenheit. Unfortunately, ice was everywhere, and the woman’s vehicle soon began sliding. She overcorrected, lost control and flipped the car onto its side into the median.

Brooks and another truck driver stopped to help. Brooks plunged up to his hips in snow when he approached the median. He could see that the woman had a baby and two other young children with her. Scared and distraught, the victims were attempting to kick the window out. Brooks and the other driver helped by pulling the window forward while the children simultaneously kicked from the other side.

Once the kids were free, Brooks noticed they had no coats, so he took them inside his warm cab to wait until paramedics arrived. “It took 45 minutes for an ambulance to arrive,” Brooks says. “That’s a really long time for little kids to wait in such freezing cold weather. I was happy to help and hope someone would do the same for me or my own family if we ever needed it.”

For their kindness, Hubbard and Brooks both received a Highway Angel lapel pin, certificate and patch. Ruan, of Des Moines, Iowa, and Pegasus, of Jeffersonville, Ind., both also received certificates acknowledging that one of their drivers is a Highway Angel. 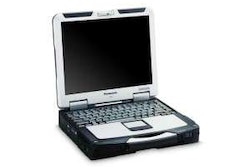 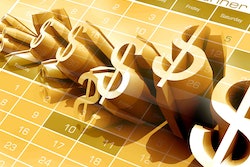 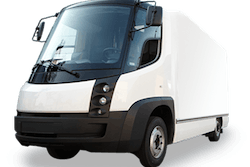