Shortly after IBM released the AS/400 operating system in 1988, the so-called “400” became the de facto standard among truckload carriers. At the forefront of this technology revolution was Innovative Computing Corporation (ICC), the first to offer a transportation management software (TMS) system for this platform.

Several hundred carriers, including some of the largest fleets in the industry, continue to use the 400 and its successor, the IBM i. But since the late 1990s, software companies that provide Windows-based TMS systems have been more successful in signing new customers.

In January, TMW Systems purchased ICC. At the time, David Wangler, TMW president and chief executive, said the acquisition would give TMW more opportunities to work with the nation’s top carriers using the IBM i and AS/400 platforms.

Indeed it has. One of these opportunities came by the way of C.R. England, the nation’s largest refrigerated carrier. The Salt Lake City-based fleet has been running heavily customized operations and maintenance software on an AS/400 system since the late 1980s when it originally purchased these applications from ICC.

But as the number of custom applications for the character-based AS/400 interface grew, it became more difficult to train employees to navigate through its various “green screen” menus and execute actions. New employees required six to eight months of training and good memorization skills. In late 2009, C.R. England management decided that further investment in IBM i software technology did not fit with the company’s long-term strategy.

The company since has converted most of its custom software development to a Windows environment and built an infrastructure to support both AS/400 and Java development for Windows. Last month, C.R. England announced the purchase of the Windows-based TMWSuite and TMT Fleet Maintenance from TMW Systems for use in its five asset-based operating divisions.

Going forward, most new custom development done by C.R. England’s staff of programmers will take place in Java applications that will connect with the TMW system. To help manage multiple drivers on one shipment, the software displays which driver is responsible for each customer pickup and stopoff. The same feature also allows users to document the physical location where one driver’s responsibility ends and another driver’s begins without causing errors in customer billing or driver payroll. “With this improved flexibility in entering custom stop types, like driver relay points, we can better plan trip activities in advance,” says Ron Hall, director of operations technology.

C.R. England also is developing various “workbench” tools to help speed training and streamline the flow of information throughout the enterprise. Each workbench is designed to provide employees with the appropriate tools needed to solve problems within one application.

For example, if a load is running behind schedule, a workbench will assign the exception to the appropriate employee with a predefined countermeasure process. As the first step in the process, the employee might need to contact the driver by using an integrated feature that sends a message through the fleet’s mobile communications system. The next step may be to route the driver through a terminal for additional training, and the workbench will request a new route from a separate system.

Successful carriers continue to be drawn to technologies that require less training and offer more opportunities to maximize value. n 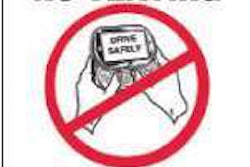 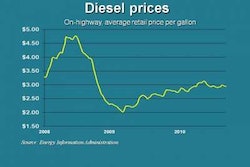 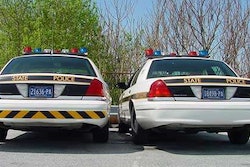