Diesel prices rose for the 12th straight week during the week ended Monday, Feb. 21, adding 3.9 cents to $3.573 a gallon, according to the U.S. Department of Energy’s Energy Information Administration. The national average price of on-highway diesel is 74.1 cents higher than the same week last year and is at its highest level since mid-October 2008. Since the end of September, diesel prices have surged more than 62 cents, declining in only three of 21 weeks. 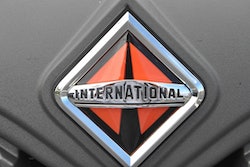