Estes Express Lines commemorates its 80 anniversary in 2011, and Rob Estes, president and chief executive officer, attributes the Richmond, Va.-based company’s longevity to a commitment to core values that has helped protect Estes during several economic downturns during the past 80 years.

The company’s founder, W.W. Estes, started during the Great Depression with one truck, no driver’s seat and the courage to seize an opportunity to help local farmers transport their produce to market. His legacy of fiscal conservatism, hard work and customer service is one that his son and grandson continued to build Estes into a full-service coast-to-coast North American freight transportation provider.

“Estes maintains a strict financial discipline, carrying little-to-no debt, and we have steadfastly remained a privately held company,” Estes says. “This way of doing business allows us to make sound long-term decisions rather than be forced to take less prudent short-term actions designed to satisfy shareholders. We also offer customers an 80-year track record of stability and dependability. It’s hard to find that kind of record in the industry today.”

Despite challenges brought on by the recent recession, Estes says its continued commitment to core values has helped the company grow significantly since its 75th anniversary, expanding its direct service to all 50 states and hitting a new company milestone in 2010 of $1.5 billion in revenue. Today, the company employs 13,350 across all its operating entities, divisions and affiliates across the United States and maintains a fleet of more than 28,000 tractors and trailers.

As part of its growth strategy during the past five years, Estes completed its nationwide footprint by adding 13 terminals in the Upper Midwest. With direct service to all 50 states in place, Estes began to implement strategic enhancements to its North American services that allowed the company to offer total North American Free Trade Agreement solutions throughout the United States, Canada, Mexico and Puerto Rico.

As a result of this increased attention to its NAFTA service, Estes says it was able to grow its shipment count between 2008 and 2010 even during a tough economy; shipments to Canada grew by 45 percent, and Puerto Rico shipments tripled during that time, making Estes one of the top providers for the Puerto Rico shipping market.

Estes says a sound financial position also enabled the company to make strategic investments in transportation real estate in 2009 to further strengthen its industry position, leading to changes in operations to ensure time and cost efficiencies and superior customer service. Aided by enhanced tools such as intelligent freight planning systems and upgraded handheld technology, Estes says it was able to re-engineer its network to successfully cut transit times and reduce handling.

“We take advantage of every opportunity to improve our network, our technology and our service quality,” Estes says. “It’s why we’re still in business after eight decades.” 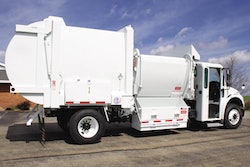 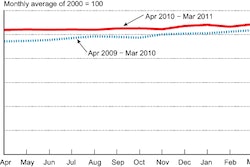