Port of Seattle continues to be green gateway for trade

The Port of Seattle says a study shows it offers the lowest carbon footprint for containers moving from Asia to the Midwest. The 2011 “Carbon Footprint Analysis for the Asia to North America Intermodal Trade,” is designed to allow for easy determination of a container’s carbon footprint. The study’s Green Gateway Carbon Calculator allows shippers to compare the CO2e per TEU through various North American gateways, factoring in different vessel sizes and utilizations, and the recent trend of slow steaming.

“This is great news for the Port of Seattle,” says Tay Yoshitani, port chief executive officer. “Being the ‘Green Gateway’ means we are protecting the environment while working with our customers to bring economic growth to the region.”

The study analyzed the ship, truck and rail segments of each trade route, including the all water routes via the soon to be expanded Panama Canal and the Suez Canal. Vessel analysis was conducted for ship sizes of 4,500, 6,500, 8,500 and 12,500 TEUs traveling at design and slow steaming speeds, with utilization rates of 60 percent to 90 percent.

The Port of Seattle’s environmental efforts were developed in collaboration with industry and include the At-Berth Clean Fuels Program, a clean truck program, shore power for cruise vessels and programs to reduce emissions from cargo-handling equipment. 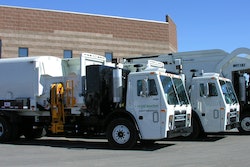 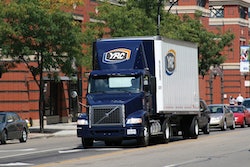