“Will we see EOBRs is all trucks in the next three years?” American Trucking Associations safety policy vice president Rob Abbott asked attendees of the Commercial Vehicle Outlook Conference in Dallas on Thursday, Aug. 25. The answer is no, but the question of an eventual mandate for electronic logs for all interstate carriers now using paper logs is still one of when, not if.

The EOBR issue was one of many Abbott, along with Motor Equipment Manufacturers Association government affairs senior vice president Ann Wilson, addressed in the “View From Washington” conference panel, held preceding the Great American Trucking Show.

On the Federal Motor Carrier Safety Administration’s proposed changes to truck drivers’ hours of service, Abbott detailed ATA’s view that the “safety benefits of this rule do not outweigh its economic costs.”

FMCSA was fully aware of the cost-benefit problems going into it and thus “monetized the cost of improved driver health” given shorter work shifts, Abbott said, to manufacture savings beyond what they traditionally consider.

The hours timeline is on a faster track than are EOBRs, he said, noting that FMCSA has said they will issue a final rule by Oct. 28. “It’s likely that they will include mandatory rest breaks in the final rule, and also that they will put in a requirement for longer restarts.”

Whether driving will be reduced from 11 to 10 consecutive hours is still “the big unknown,” he said.

On the legislative front, Wilson and Abbott both suspected the federal highway bill to receive yet another extension of current funding levels, given the looming Oct. 1 expiration of items within it, competing bills and a lack of party cooperation. For instance, “the fuel tax comes up for renewal at the end of September,” Wilson said.

“There are many individuals who believe that the renewal of the fuel tax should not happen.” While that is not the position of MEMA, she added, such a contentious issue being solved for a long-term bill in a month’s in-session time is improbable.

“Congress has an 18 percent approval rating,” she said, urging attending supplier, manufacturer and carrier representatives to take their issues directly to their elected representatives over the Labor Day weekend recess. “Give them a reason to listen to you about the things that concern you.”

Abbott also discussed probable eventual changes to the structure and methodology of the FMCSA’s Compliance Safety Accountability regulatory program, including a major revision to separate carriers of placarded freight into, essentially, a hazmat-specific Behavioral Analysis and Safety Improvement Category (BASIC) for cargo handling. He characterized the potential move as an effort to address lack of correlation between carrier data and crash causation in that BASIC. Carrier rankings in the Cargo Related BASIC to date remain withheld from public view due to this and other problems.

Also, FMCSA early next year will “begin to allow carriers to directly challenge crashes that weren’t their fault,” Abbott said. If it’s clear the trucking company was not at fault, they’ll assign a “lower severity weight.”

“I think it shouldn’t have any severity weight at all,” reflecting ATA’s position on the matter.

Carriers could expect the Safety Fitness Determination rulemaking – through which FMCSA will attempt to make legal a computation of a carrier’s overall safety fitness using CSA ranking data without a traditional compliance review – later this year, Abbott said. All the same, he noted, “it’s going to be very difficult for the agency to put forward a final rule on this until they deal with” all the data quality and fairness issues he discussed. 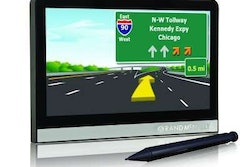