With diesel prices above $4 per gallon and average fleet operating costs at more than $1.60 per mile, any opportunity to reduce mileage is worth pursuing. Technology has the ability to consider all possible combinations of options to eliminate miles without losing customers.

One year ago, Red Ball Oxygen Co. began using routing software from Appian Logistics to improve efficiency in delivering its compressed gas products. Some orders are delivered with scheduled “milk runs,” while others are called in by customers a day or two before they expect delivery.

All orders, about 250 per day, are sent to the Appian server in the afternoon. Within minutes, Red Ball Oxygen has its next-day routes planned for all of its 24 locations. The routes consider product types, quantities, delivery time windows and other details.

“It creates a lot of opportunities. The more information you have, the better decisions drivers can make.” – Mike Zupon, Ward Transport director of information technology

With the technology, the company has increased the number of large trucks on local routes and the number of smaller vehicles on more distant routes, a practice that has decreased fuel consumption and maintenance costs. Mileage has decreased by more than 5,000 miles per week, revenues have grown, and net income is up by 12 percent, says Kate Treadwell, chief technology officer.

As with most technology, routing software is becoming more advanced and easier to use. Four specific features are giving fleets a faster return on investment: Usability, real-time compatibility, driver workflow and performance monitoring.

“In all of the data setup and preparation, you are dealing with something that people have familiarity with,” says James Stevenson, vice president of sales for Appian, a division of TMW Systems. “Anybody who can use a spreadsheet can use routing software.”

The more time-consuming and difficult process is to balance cost savings with customer service requirements. The technology might reduce total miles and hours by 10 to 15 percent, but implementing all of those changes at once always is not feasible.

Besides using the technology to find ways to operate more efficiently, the software can help analyze the impact of prospective business and seasonal volumes in terms of cost and service.

RoadNet Technologies offers a suite of route optimization software. A “what if” decision support tool, Territory Planner, uses a fleet’s existing route structure as the baseline for determining the cost of adding new business. Prospective business can be uploaded quickly into RoadNet and optimized with the existing routes, says Len Kennedy, president.

Telogis offers a suite of cloud-based fleet management software. Telogis Route, its platform for routing and scheduling vehicles, has cost-based planning tools. “It shows the impact of every decision in terms of the hard dollar amount,” says Newth Morris, president.

If a user were bidding on a new account, he could pull in a set of orders to model a number of different scenarios to service the account — use the existing fleet, add overtime or increase fleet size. “Each scenario returns the total cost in order to make operations decisions,” Morris says.

The technology has become highly visual for daily use by front-line managers. Digital map displays with drag-and-drop icons and menus enable users to understand and execute route plans with drivers quickly. As routes progress during the day, instant messages and alerts note any exceptions that occur.

“Route planning and execution has become more consumerized,” says Ken Wood, senior vice president of product strategy for Descartes Systems, which offers its Route Planner software in both premise and cloud-based versions. “It is not just for industrial engineers. It has been designed and detuned to work better in a dispatch and operational environment.”

Appian Logistics has incorporated historical and real-time traffic speed data into its Direct Route software. The company uses Google Maps with traffic data that comes primarily from Inrix, a company that contracts with major cellular providers to obtain real-time position and speed information from more than 30 million commuters.

Appian customers can use historical traffic patterns in Direct Route to forecast what each route will do. When routing orders for next-day delivery, historical traffic data might show that a delivery planned for 9 a.m. would be more efficient if it were switched with a later delivery to avoid rush-hour traffic along a segment of the route.

Appian also allows users to draw or “geofence” route segments that they wish to speed up or slow down by a certain percentage. These adjustments can be set by time of day and location to make the route plan more accurate and sensitive to customer service requirements.

Advancements in mapping and routing technology also impact the performance and compliance of drivers via in-cab navigation systems.

Mies Trucking, a 45-truck fleet in based in Colwich, Kan., is spec’ing all of its Kenworth and Peterbilt trucks with NavPlus, a driver’s-side 7-inch color screen console display. NavPlus offers truck-specific navigation and hands-free telephone conversations and audio controls, among other features.

“We got it mainly for the phone system,” says Jerry Mies, owner and president. NavPlus has been well received by drivers and has improved route compliance, especially when the company takes on new business, Mies says. “A lot of guys have to go to new plants,” he says.

Along with turn-by-turn navigation, the device gives drivers advance warning of height and size limits on roads. “This system even tells you the speed limit on the road,” Mies says. “It has a warning device. If you are over a certain amount, it beeps at you.”

A growing number of fleets also use in-cab navigation as a fully integrated feature with routing software and mobile communications systems. Once routes are planned, the stop sequence is sent from the office out to mobile computing devices. A navigation application on the mobile devices automatically calculates the best route for each driver to each stop with turn-by-turn guidance.

In the office, Red Ball Oxygen uses Appian’s Direct Route software with ALK Technologies’ PC Miler mapping and mileage software to create routes. The route plans then are sent to drivers automatically through PeopleNet’s mobile communications and computing platform, where they are picked up by Maptuit’s Navigo in-cab navigation system.

Mobile tracking and delivery applications are one – if not the most – effective way to speed the return on investment for routing software. With this technology, fleets are able to monitor route performance closely in real time and capture pickup-and-delivery information accurately and automatically.

With MobileLink, fleets can push jobs out to mobile devices automatically. Once drivers log in, they see their routes and begin to execute each one in order. MobileLink also has the flexibility to create data collection forms for drivers specific to a business’ needs.

RoadNet and Appian both have developed software compatible with a range of mobile devices to update estimated arrival and departure times at customer locations and track planned versus actual route mileage.

Many fleets have specialized information needs when making deliveries; some may want capabilities that go beyond the basic features of tracking and forms messaging. Cheetah Software provides a route optimization system and mobile application that leverages the Android platform for smartphones and tablets.

Ward Transport, a 430-truck less-than-truckload carrier based in Altoona, Penn., recently deployed Cheetah Mobile on Samsung Galaxy tablets so that drivers have the information they need to plan ahead and be more efficient. If a driver knows that his next stop is at a third-party logistics provider, he has all the information he needs to call ahead and make sure the freight still is available.

“If he knows the next stop is a third party, the driver can call ahead while at the previous stop and ask, ‘Are you ready for me yet?’ as opposed to going to the stop and not having freight,” says Mike Zupon, director of information technology. “It creates a lot of opportunities. The more information you have, the better decisions drivers can make.”

Zupon says customer service is likely to improve since the new app is more intuitive. “Drivers embrace that,” he says.

Some fleets may want drivers to present an invoice to customers at the point of delivery; to do so will require using software focused specifically on transactions at that location.

“What we focus on is what the driver is doing during the course of the day – the actual business process and business transaction,” says Mike Lee, chief execuitve officer of Airclic. “It is all about what is happening with the end customer.”

With Airclic, drivers can scan products as they are delivered, note any exceptions and credits from damages and other incidentals, and capture a signature from customers. Through Airclic’s Web-based software, fleet managers can track delivery performance metrics and exceptions.

An optimized route is just a plan; the actual savings come through execution. To speed – and ensure – return on investment from route optimization systems, fleets are using tools to evaluate driver and route performance.

Telogis offers a number of “planned versus actual” reports for route performance and driver behavior. Real-time alerts and scorecards within its integrated route management and telematics platform show deviations in stops per hour, mileage, on-time performance and other metrics, including fuel efficiency and safety.

“All data is available in one database,” Morris says. “It makes it much easier to plan and do improvement analysis.”

Real-time monitoring tools can be used to adjust routes on the fly to avert problems. Some fleets have Telogis Mobile data integrated with a “call ahead” phone system. As a route progresses, the automated system calls the next stop to confirm arrival; if the delivery cannot be made, the system automatically recalculates the route’s stop sequence and updates the driver’s mobile application.

RoadNet has a Web-based tool for operations personnel, RoadNet Info Center, that tracks planned versus actual performance metrics. RoadNet also has a Performance Dashboard for executives to manage performance on a higher level, such as comparing East versus South fleet operations in terms of mileage and on-time performance.

Appian is expanding its exception-based performance reporting by adding more options for users to control their screen display. With a mouse click, a fleet manager can see all routes that are underutilized and break down load volumes by vehicle per week.

Cheetah Software provides a variety of reports on route and driver performance. One report compares the optimized route plan to the edited plan by dispatcher or planner, as well as the actual route completed by the driver.

“This report is used to manage the effectiveness of the optimization engine as well as to manage the decision-making process of the dispatchers and planners,” says Jeff Groenke, vice president of sales and marketing.

In 2009, during the height of the recession, the Bismarck, N.D.-based fleet had developed a route design tool to cope with a 25 percent decrease in revenue. For its recent operational challenge in northern Minnesota, Cross Country Courier used the same tool to restructure its operations while preserving as much revenue as possible. Jay Dillman, director of information systems, developed the tool using Microsoft Access.

Pertinent data is drawn from all of the company’s databases, and the interactive system enables the operator to test route scenarios and determine the most cost-effective method possible while meeting customer expectations.

After evaluating the entire northern Minnesota region, Cross Country Courier made adjustments to five routes and was able to eliminate 12 hours of overtime and about 600 miles per week. 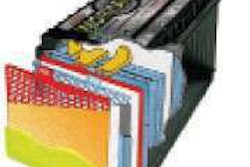 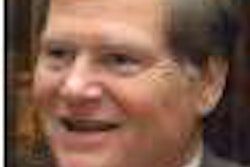 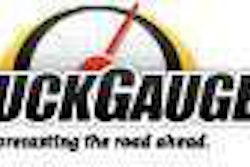