“The Port of Oakland is a jobs-creating powerhouse,” says Pamela Calloway, port board president. “We’re not just talking about powering jobs and empowering communities. We are working every day to broaden and deepen the port’s job creation and community empowerment efforts.”

The study by Martin Associates was based on 2010 data and collected and analyzed in 2011. The findings revealed that the port generated more than $671 million in tax revenue in 2010 and $1.5 billion in wages for 37,116 direct job holders that same year.

Nearly one in five direct jobs created by the port is held by an Oakland resident. More than half of the Port of Oakland’s direct jobs belong to residents of Alameda County, and the port powers more than 30,000 trade-related jobs in the California Central Valley.

“Port business drives job creation – specifically more cargo, more passengers, more infrastructure projects and more tenants,” says Omar Benjamin, port executive director. “That’s why the port is focused aggressively on its core businesses. We can do more by working together – that’s why we’re asking the community and our partners across the region to join us.”

The Port of Oakland includes the Oakland seaport, Oakland International Airport and 20 miles of waterfront. For every 1,000 OAK passengers, 3.3 airport jobs are sustained; for every 1,000 containers imported or exported at the seaport, 8 direct jobs are supported; and the port’s commercial real estate powers nearly 8 percent of the more than 73,000 port-related jobs in the region.

About every five years, the Port of Oakland commissions an economic impact study. It is a process by which the data is collected over a year and then analyzed the following year. The study, conducted by Martin Associates, is based on the port’s activity levels for that year, a variety of economic analysis models and surveys of those impacted by the Port of Oakland. 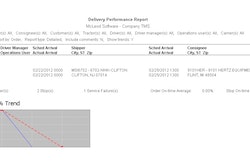 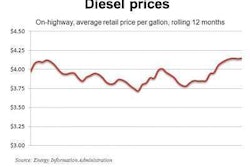