Shell on Thursday, June 7, announced that the company and its affiliates have signed a memorandum of understanding with TravelCenters of America to sell liquefied natural gas to heavy-duty road transport customers in the United States through TA’s existing nationwide network of full-service fueling centers.

Pending final agreements, the proposed plans include constructing more than 200 LNG fuel lanes at about 100 TA sites and Petro Stopping Centers throughout the U.S. interstate highway system. If a final agreement is reached, the first of the LNG fuel lanes is expected to become operational in 2013.

Shell said demand for alternative fuels like LNG from heavy-duty road transport customers is growing due, in part, to the wide range of benefits for trucking fleet operators, including lower fuel costs and improved local air quality from reduced emissions at the point of use – particularly nitrogen oxide – as well as reduced noise levels.

“Shell sees great potential for LNG as a fuel option among our range of quality fuels due to the sheer abundance and affordability of domestic natural gas in North America,” said Phillips. “Where it makes sense and where there is customer demand, we will innovate to deliver LNG as an additional fuel offer to our customers across America.”

Shell said the agreement with TA represents the next phase in its plan to provide trucking fleet customers in North America with a robust fueling infrastructure. Last year, Shell announced it would sell LNG to its heavy-duty fleet customers at select Flying J truckstops in Alberta, Canada, beginning in 2012. The first LNG retail plaza in Calgary is expected to open this year. 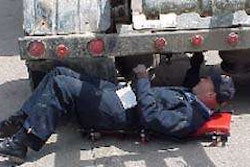 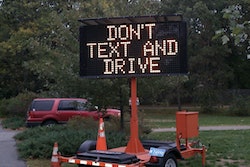 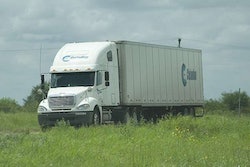