The West Coast MTO Agreement announced a 2.5 percent increase in the Traffic Mitigation Fee at the Ports of Los Angeles and Long Beach in order to address labor cost increases scheduled to take effect on July 1. Beginning Aug. 1, the TMF will be increased by $1.50 per 20-foot equivalent unit (TEU) to $61.50 per 20-foot container or $123 per 40-foot container. The current TMF rates are $60 and $120, respectively.

On Aug. 1, the TMF increased $10 per TEU for the first time since 2006 after hourly labor costs increased more than 31 percent for the same period. At that time, WCMTOA announced that beginning in mid-2012 it would begin adjusting the TMF annually to address labor cost increases.

The TMF helps pay for the night and Saturday marine terminal shifts created by the PierPass OffPeak program to relieve daytime congestion in and around the ports; it also provides a financial incentive to move cargo during less congested times. The TMF is charged for nonexempt containers moving during peak hours (Monday through Friday from 3 a.m. to 6 p.m.).

Before PierPass was created in 2005, the ports and nearby roads were gridlocked, ships were backed up in the harbor unable to unload, and cargo owners suffered long delays in receiving and shipping vital goods. Over the past seven years, PierPass OffPeak gates have grown to handle about 55 percent of all container traffic at the ports, accommodated more than 21 million truck transactions and helped ease congestion on city streets and nearby freeways during daytime business hours.

“The OffPeak program greatly increases the capacity of America’s largest port complex without requiring additional infrastructure,” says Bruce Wargo, president of PierPass, the not-for-profit company that runs the OffPeak program. “The program increases the already tremendous competitive advantage held by the Los Angeles-Long Beach port complex, which has the most concentrated set of port assets of any port in North America, and whose Clean Trucks Program helped replace thousands of dirty trucks with the latest, cleanest models available.” 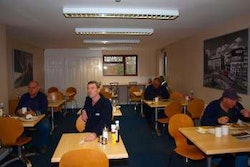 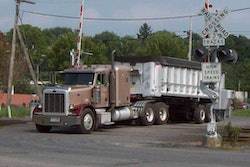 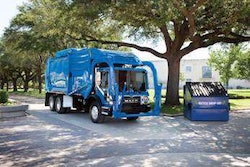