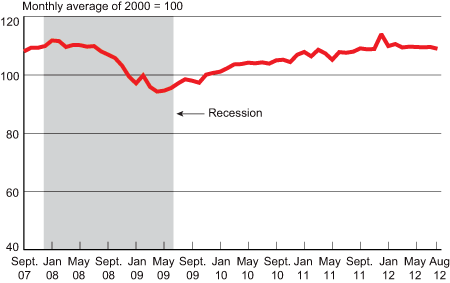 BTS, a part of the Research and Innovative Technology Administration, reported that the August index level (109.0) was the lowest since November 2011 (108.9) and was 4.4 percent below the all-time high level of 114.0 in December 2011. Since then, the index has remained in a narrow band during the eight months of 2012, reaching a high of 110.6 in February.

The Freight TSI measures the month-to-month output of the for-hire freight transportation industry and consists of data from for-hire trucking, rail, inland waterways, pipelines and air freight. The index includes historical data from 1990 to the present. The baseline year is 2000.