The Patient Protection and Affordable Care Act – often referred to as “Obamacare” – was signed into law on March 23, 2010. Many businesses held out hopes that the controversial package would be repealed or scaled back, but the 2,500-page law remains on the books and parts of the program have already been implemented.

January 1, 2014 marks another important date in the rollout of the new healthcare reform. “2014 is what everybody has been scared about as that is the full implementation date,” said Tom Goedde, benefits group manager for AHM Financial Group, during his presentation to trucking fleet executives at the 2013 CCJ Spring Symposium in Birmingham, Ala. “The big term is going to be ‘shared responsibility’, shared responsibility for individuals and for companies and corporations.”

In a nutshell, individuals must have coverage or pay a penalty, while large companies (defined as 50 or more employees) must offer healthcare coverage to its employees. Small employers are not required to offer coverage, but if they choose to, the costs will certainly be higher than current healthcare plans as they face market reform and higher taxes. “There’s no rest for anyone under the law,” said Goedde.

Citing employer-related research on new healthcare policy, nearly 90 percent are retaining their plan coverage to retain current employees. Of those employers opting to discontinue plan coverage, the biggest reason (86.4 percent) given was the cost of providing that coverage is too high.

“Unfortunately, I think we’re going to find that the Affordable Care Act, as it is called, is not that,” says Goedde. “It is going to add a lot more to business costs.”

Rasmussen Reports issued the results of a telephone survey in May that showed 55 percent of U.S. voters have an unfavorable view of healthcare reform, while a survey by the Kaiser Family Foundation showed that 23 percent of respondents weren’t even aware of the changes to healthcare law, and 12 percent mistakenly thought Congress had repealed it altogether.

Generally speaking, provisions take effect on your healthcare insurance anniversary date, according to Goedde. For example, if a company’s current healthcare plan is renewed on July 1, 2013, the changes in healthcare reform would take place on July 1, 2014.

The impact of healthcare reform on large companies

Large employers must offer coverage with essential health benefits to all employees, or pay a fine of $2,000 per person after the first 30 employees. “If you have a 100 employees and choose not to offer healthcare, you pay a fine of 70 x $2,000, or $140,000,” said Goedde. “The problem is, if you do pay that fine, you’ll probably have to give out raises or gross up some incomes” so employees can purchase their own coverage.

For large companies that choose to offer healthcare coverage and avoid fines, that coverage has to be deemed “affordable” – no more than 9.5 percent of an individual’s W2 earnings or monthly rate of pay. “The penalty if you offer coverage not deemed affordable is $3,000 per person,” said Goedde.

For more information, go to www.uschamber.com/health-reform/calculator to determine if your company if your company is required to offer employer-mandated coverage as well as if you will have to pay any penalties. 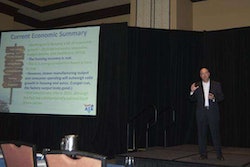 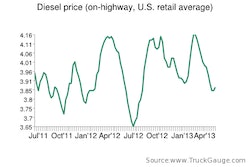 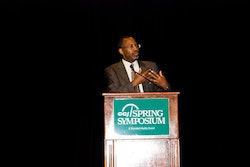